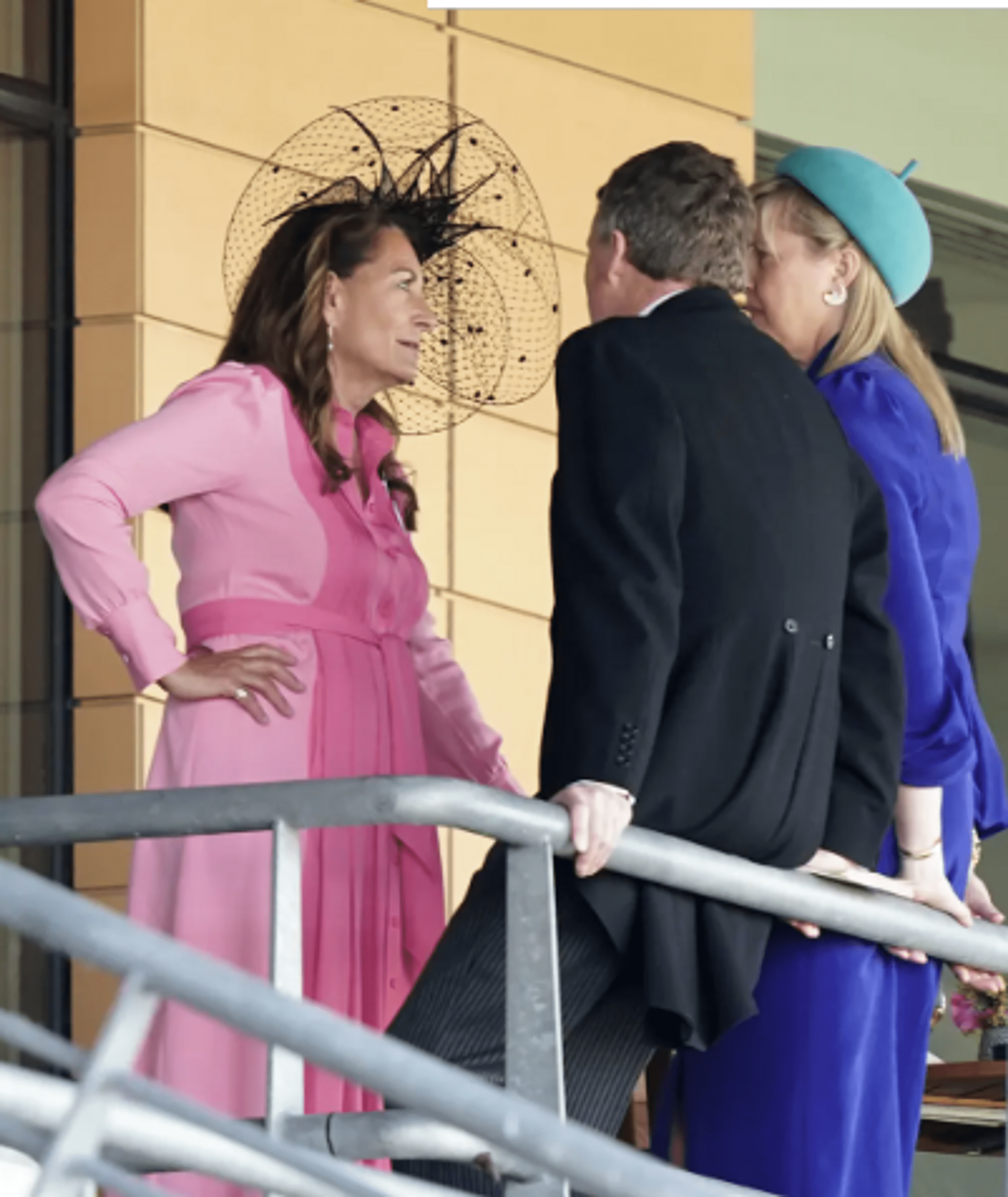 The mother of the Duchess of Cambridge, Carole Middleton, repeated the image of her daughter at the opening of the Royal Ascot 2022 races. Hello!

The annual royal races started in Ascot. The event was attended by the parents of the Duchess of Cambridge, Carole and Michael Middleton. For a rare outing, Prince William’s mother-in-law chose a pink ME+EM shirt dress, which she paired with a black hat, pumps, and a clutch.

It is noteworthy that Kate Middleton herself has the same dress in her wardrobe. In May 2021, the Duchess of Cambridge wore it to a meeting with her 5-year-old fan Mila Sneddon, who is battling blood cancer.

Princess Anne, Prince Charles of Wales and Duchess Camilla of Cornwall, Princess Beatrice and Edoardo Mapelli-Mozzi, Zara and Mike Tindall, Peter Phillips, Countess Sophie of Wessex, Princess Michael of Kent, and others were also spotted at the opening of Royal Ascot 2022.

Earlier, It was reported that Kate Middleton appeared in public in shoes like Meghan Markle. Kate Middleton and Prince William attended a service dedicated to the fifth anniversary of the Grenfell Tower fire in London.

The Duchess of Cambridge appeared in public in a white fitted Suzannah London midi dress with buttons and a thin belt. It was completed with a clutch and black-toed Alessandra Rich shoes.

It is noteworthy that similar shoes are in her wardrobe of Meghan Markle. So, the Duchess of Sussex “walked” a similar pair from Chamandi in March 2020 while visiting a school in Dagenham.

To them, the wife of Prince Harry wore a white tweed jacket with black trousers. The publication called yellow the trend of the season, as in addition to the Duchess of Cambridge, who appeared in this color at a Thanksgiving service at St. Paul’s Cathedral, actress Anne Hathaway selected her for the Bulgari jewelry brand dinner last week.

In Milan, Gucci closes the Michele era with minimal chic

Translated by Cassidy STEPHENS Published Jan 13, 2023 At Gucci, the Alessandro Michele chapter seems to be closed for good. In the new men's collection for autumn-winter...

Singer Mariah Carey has been accused of plagiarizing the song All I Want for...

View gallery Jane Doe #1 said she believed Danny Masterson was going to ‘kill’ her during the alleged 2003 rape, as she broke down...

Is George Clooney deserving of being awarded People magazine's Sexiest Man Alive for a...