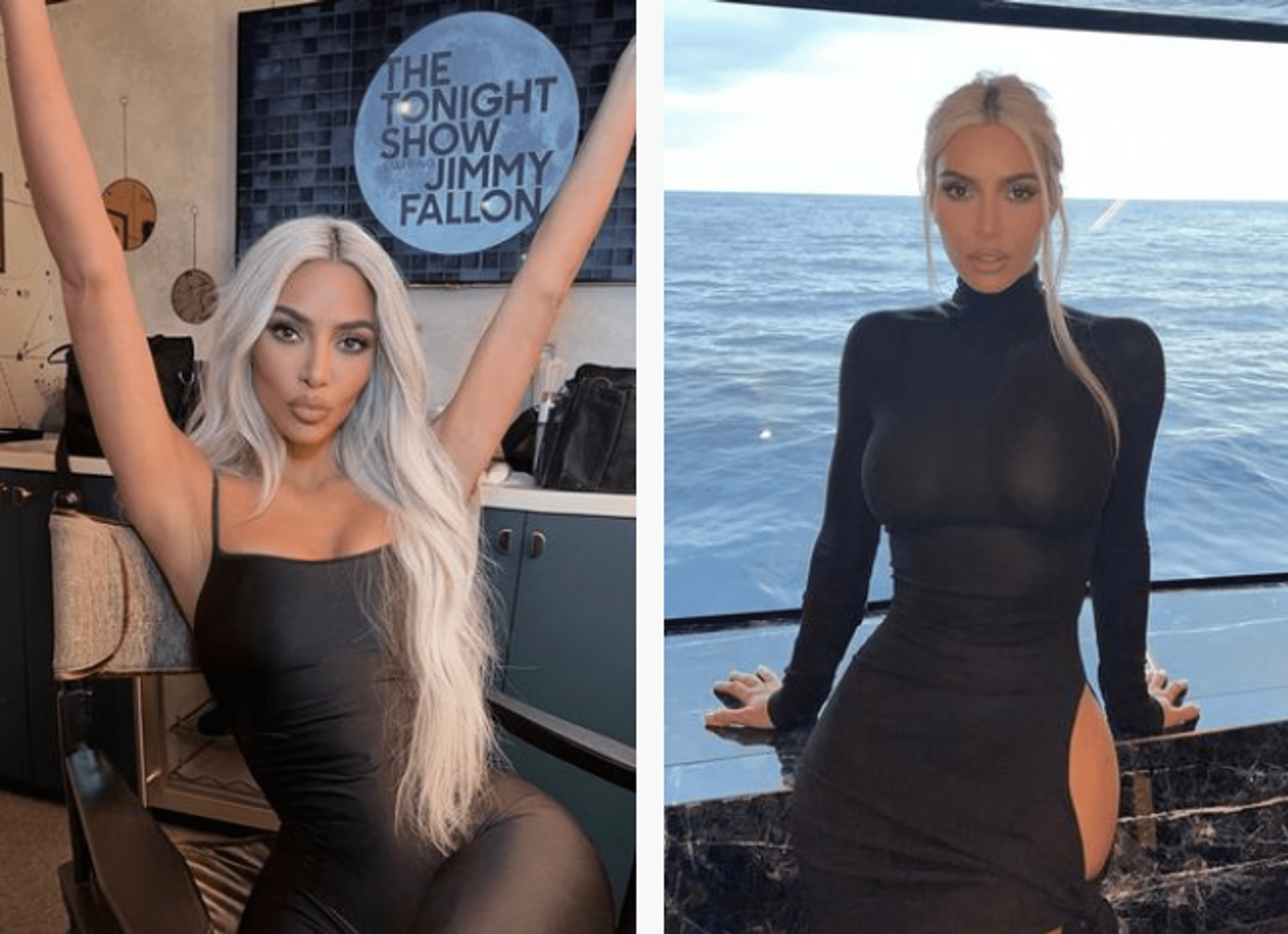 This time the founder of SKIMS was luckier. In a new interview with a glossy magazine, the 41-year-old reality TV star opened up about how she takes care of herself and how she manages to look so good-of course, not without cosmetic procedures.

Kim denied rumors that she used fillers to make her cheekbones sharper and her lips look bigger. But she admitted that she had recently injected Botox on the forehead and between the eyebrows.

By the way, she did this a decade after she once felt all the side effects of this procedure: she had swelling and bruising around her eyes. At that time, Kim was about 29 years old and vowed that she would not return to Botox until she was 40.

In addition, the founder of SKIMS told the publication that she does her best to look great not only in the pictures but also in life.

At the same time, Kardashian is not ready to spend a day visiting the salon. For example, she goes to laser treatments late at night – after her four children go to bed.

Kim stated that she has come to terms with the fact that she is not perfect, but this does not mean that she does not care about her appearance, and she will do her best to look and feel younger than she is..

In a recent interview, he commented further on his behavior: “It’s hard to explain because I’m calm, but I’ll still do anything to look and feel young.”

As previously reported, her confession to being Botox was made during a recent KUWTK episode in 2010, more than a decade after the procedure was performed.

she is said to have had a reaction after the injection, the symptoms of which allegedly include sores and dark spots around both his eyes.

Thanks to celebrities like Kanye West, Justin Bieber, and Justin Theroux, we have enough evidence and visual sources to make ripped jeans work—yes,...

La La Anthony, she’s just like us: Trying, researching and testing a social media trend that she just took from the TikTok-testing...

Italian fashion group Prada is set to hire former Luxottica chief Andrea Guerra in a top management role to ease a transition at...

Here’s Exactly When to Use Certain Skin-Care Ingredients

There are plenty of ingredients that are good to use any time of the day, but not all ingredients are alike. Some...

Katharine McPhee’s Trick For Dealing With Critics Is Surprisingly Simple

On social media, Katharine McPhee and David Foster have received their share of negative comments about their age gap. However, the former "American...