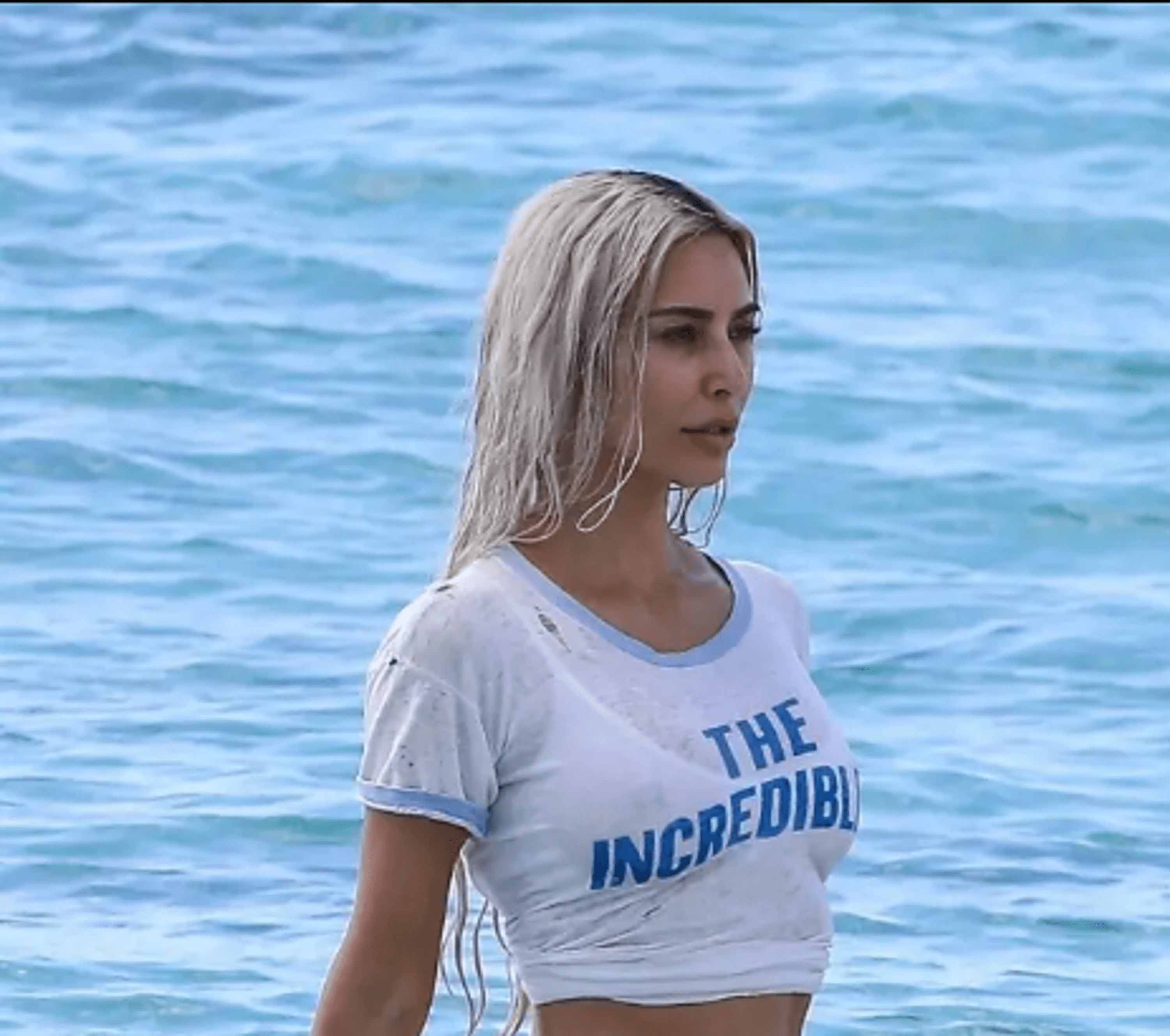 For the sake of the “naked” dress of Marilyn Monroe, Kim Kardashian lost almost ten kilograms. Having lost weight, the star began to delight fans more often with spicy photos.

True, many Internet users were convinced that the celebrity was editing pictures. But fresh photos of the paparazzi dotted the i.

So, reporters captured Kim on the beach while swimming. It is noteworthy that the star went swimming not in a swimsuit but in a set of basic underwear from her SKIMS brand.

Looking at these shots, it becomes obvious that in real life, a mother of many children looks the same as in the pictures on social networks.

For the sake of a chiseled waist, the ex-lover of Kanye West had to completely change the diet, which later led to health problems.

In a recent interview for Allure magazine, the telediva told how a sharp weight loss had a negative impact on her well-being: in addition to exacerbating psoriasis, Kim began to develop arthritis.

“I went crazy. It was very painful. I had to go to a rheumatologist who prescribed steroids for me, ”the celebrity said, adding that she was helped to get rid of joint pain by giving up meat and switching to plant foods.

In a previous post, This year, Kim Kardashian became the absolute star of the Met Gala, eclipsing not only her sisters but all other celebrities.

She came to the ball in the legendary naked dress of Marilyn Monroe. True, the reality show star wore it, in her own words, for only a few minutes – after that, the celebrity was dressed in a copy of the outfit. This was done so as not to damage it.

However, even under such terms of the lease, Kim had to lose a few pounds in order to fit into the iconic dress.

Internet users even suggested that Kardashian decided to remove implants from her buttocks. However, she still managed a strict diet. Such a radical weight loss, however, still affected her health.

The Pale Blue Eye is a film produced by Netflix based on a novel...

What do you wear when suit pants are too dressy, but joggers are too informal? It sounds like the start of a bad...

Expectations for this year’s Singles’ Day were muted, to say the least.Continued Covid lockdowns, regulatory uncertainty in the technology sector, a real estate...

How to Get a Man to Respect You

by Danielle Wright“Self-respect permeates every aspect of your life.” – Joe ClarkWhile researching for this article I kept asking myself, “Who would need...