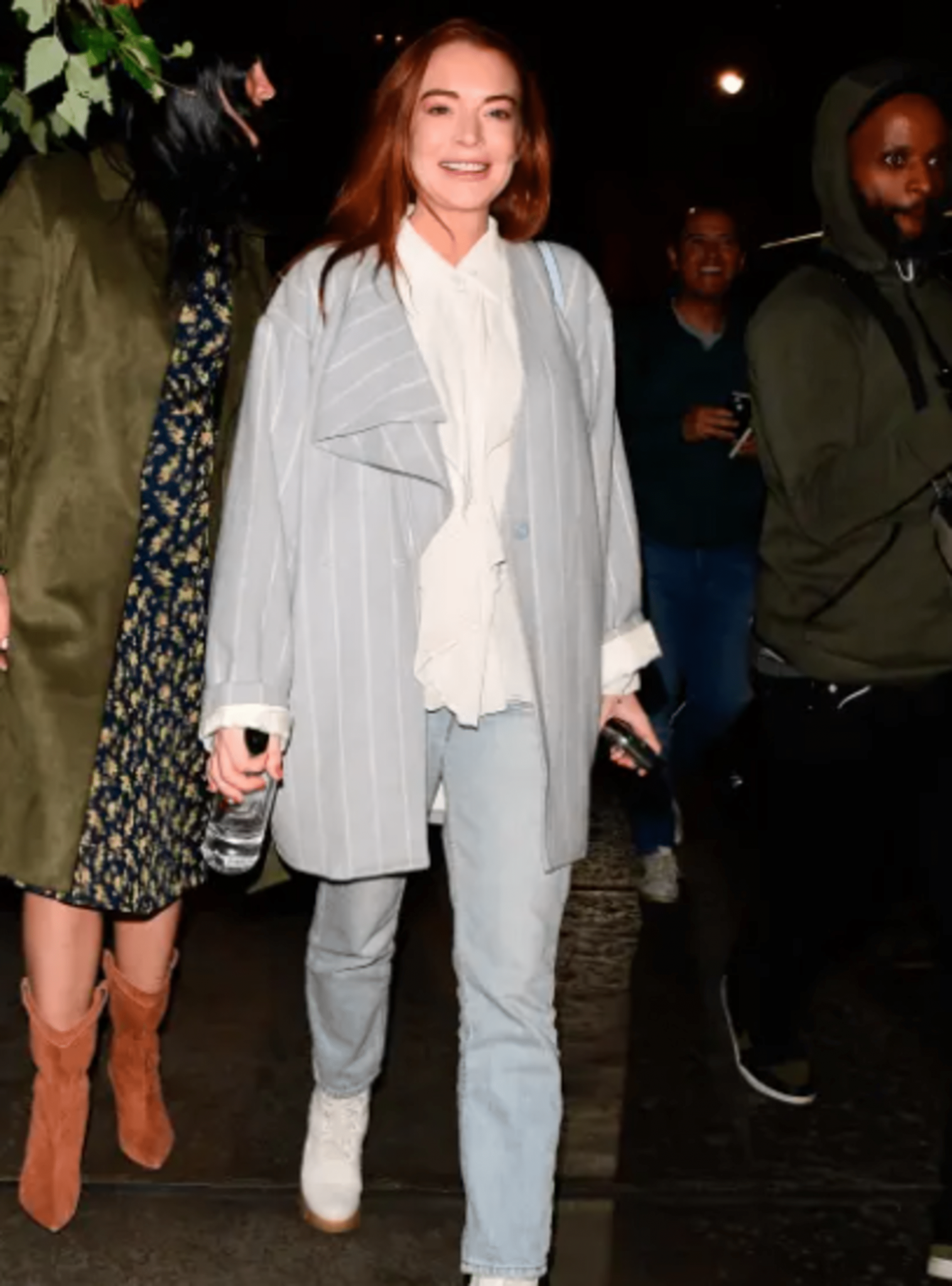 Even though her name isn’t on the guest list, Lindsay Lohan is still able to gain access to the most prestigious gatherings. On Friday, Lindsay Lohan (kind of) showed up unannounced to the grand opening of Ian Schrager’s Edition hotel in Tampa, Florida.

We have it on good authority that someone contacted to set up a reservation at the nightclub. When the receptionist indicated that it was restricted for a private function, the guest answered, “I’m bringing Lindsay Lohan,” according to a reporter who spoke to us about the incident. And according to what we’ve been informed, it was a no-brainer for the hotel to let Lohan stay there.

At the party, Lohan, who is 36 years old, kept a low profile and appeared to be extremely calm as she hung out with friends in a secluded area of the Arts Club as renowned pop producer Mark Ronson, who is the brother of her former partner Samantha Ronson, played.

None of our spies managed to catch the two interacting with one another. Another well-connected individual informed us that Lohan was spotted in the Sunshine State when she was a guest at a wedding.

While this was happening, the hotel’s huge opening weekend became a major music festival. The iconic duo of Slick Rick and Mark Ronson was a pleasant surprise for partygoers when it happened onstage. When they spun tunes together, Q-Tip and D-Nice also delivered unforgettable moments for the audience.

However, rocker Lenny Kravitz brought the house down over the weekend. As part of the festivities commemorating the opening of the 15th site of the Edition, he put on a special concert for invited guests at the Amalie Arena.

A pre-concert reception was hosted by Chef John Fraser for guests, some of whom included model Joan Smalls, Take Me Out Broadway star Jesse Williams, and Ashlee Simpson and husband, Evan Ross. DJ Ruckus and Tokyo Rose provided the musical entertainment for the opening act for Kravitz.

Kravitz stated that it was a privilege to be here on such a stunning evening to perform and celebrate with his close friends the inauguration of the Tampa Edition.

One of Hollywood’s top comediennes, Chelsea Handler, hosted the 28th Critics’ Choice Awards in LA tonight where hundreds of television and film stars...

It’s a sad fact of life that weather conditions won’t always allow you to flaunt your svelte legs in short shorts every workout....

The Top Skin-Care Ingredients to Avoid While Pregnant, According to Dermatologists

I was pregnant for most of last year—I can’t believe my baby is nine months old now!—and although I’ve been a beauty...

Need IT Networking Help? Become Your Own Expert.

The actress teaches by her own example to love and accept her body. 42-year-old...

Christine Did the Family a ‘Favor’ by Leaving