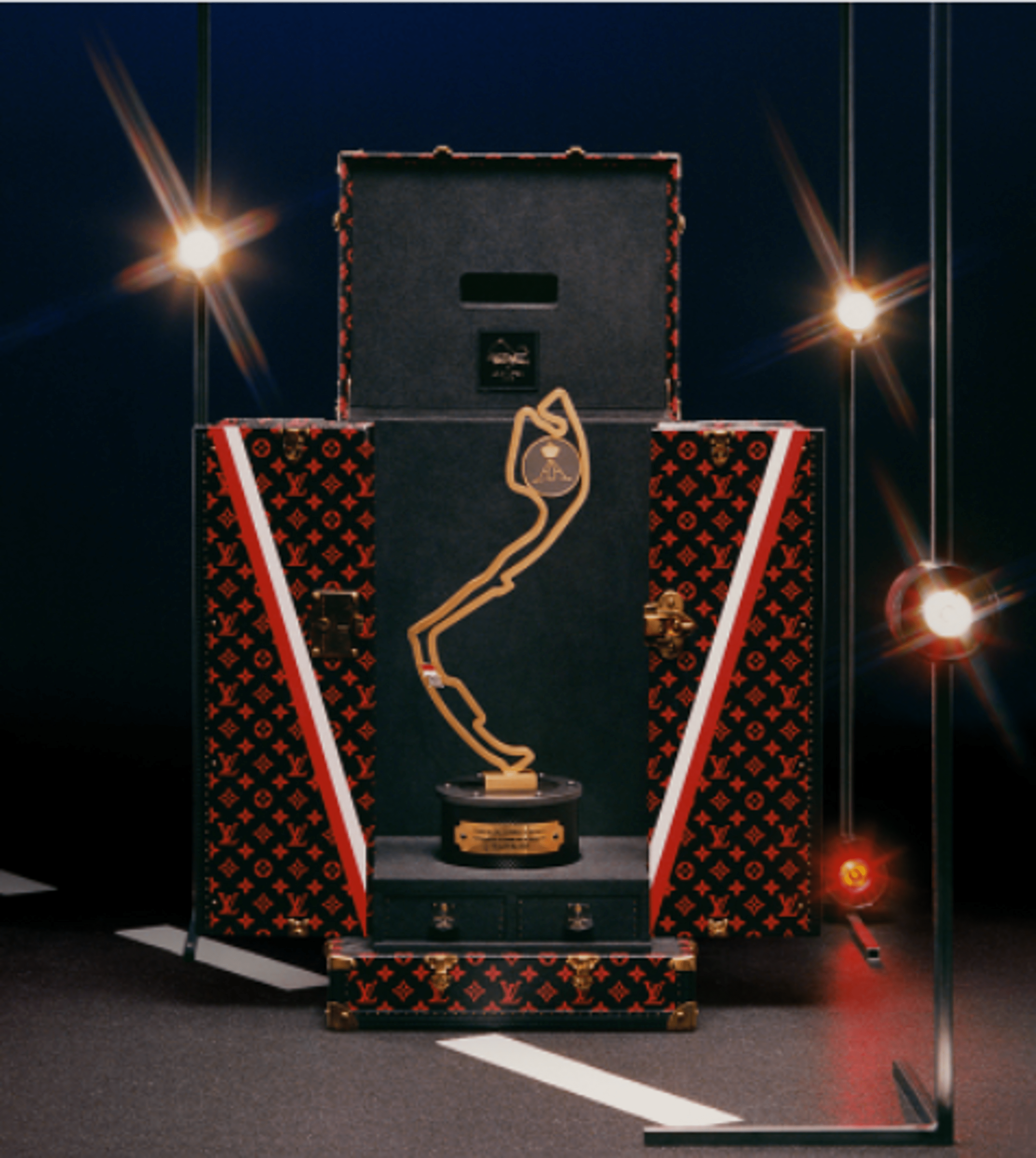 Louis Vuitton is known for its collaborations with many famous companies. The French fashion house has already made frames for honorary trophies of the NBA, League of Legends, and FIFA, and this year the company has contributed to a long-term partnership with the Automobile Club of Monaco, which was created last year. Especially for him, the designers have made a special case for the trophies of the Formula 1 Monaco Grand Prix.

This special piece, created to celebrate the 79th round of the annual race, was handcrafted in a traditional LV workshop near Paris. The iconic brand has taken its classic logo and dyed it a bold red. He perfectly complemented the black color scheme against the background, which imitated the national flag of Monaco. The imposing and shining letter V literally illuminates the honorary prize and personifies the symbol of the first place.

Yesterday, the world-famous company already congratulated the winner of the 79th race, Sergio Perez, on social networks. With their message, they not only recognized the leadership of the famous Mexican racer but also reminded them of their work on the honorary trophy.
Under the tutelage of Prince Albert II, the Formula 1 Grand Prix de Monaco, first launched in 1929, is one of the most-watched events in the world, immersed in the Riviera boom. “Fangio, Hill, Moss, Stewart, Senna, Prost, Schumacher, or more recently Alonso, Vettel, Rosberg, Ricciardo or Hamilton, Monaco Grand Prix have celebrated the greatest champions.

About 300 kilometers per hour between trains At speed, this is the Formula 1 Grand Prix that all the drivers want to win one day. Today, we are proud to be associated with the championship and to start writing a piece of history together. – The trophy travel case will witness future victories and take the legends! Says Michael Burke, chairman, and CEO of Louis Vuitton.

By Darnell Hill, Special to the Arizona Informant, BlackPressUSA Since starting her career journey in the chemical industry while at Southern University and...

Are you sitting at a desk all day in front of a computer? Join the club. They say sitting is the new smoking...

Mariah Carey, 53, Demonstrates How To Button Up Her Bodysuit To Stand Out From Everyone Else

In addition to having a great voice, Mariah Carey also has stunning...

Producer Jerry Bruckheimer Says Ted Elliott Is Returning To Write For The Next Pirates of the Caribbean, Still No Word Of Johnny Depp Returning

Megan Fox and her Fiancé spoke about their secret wedding