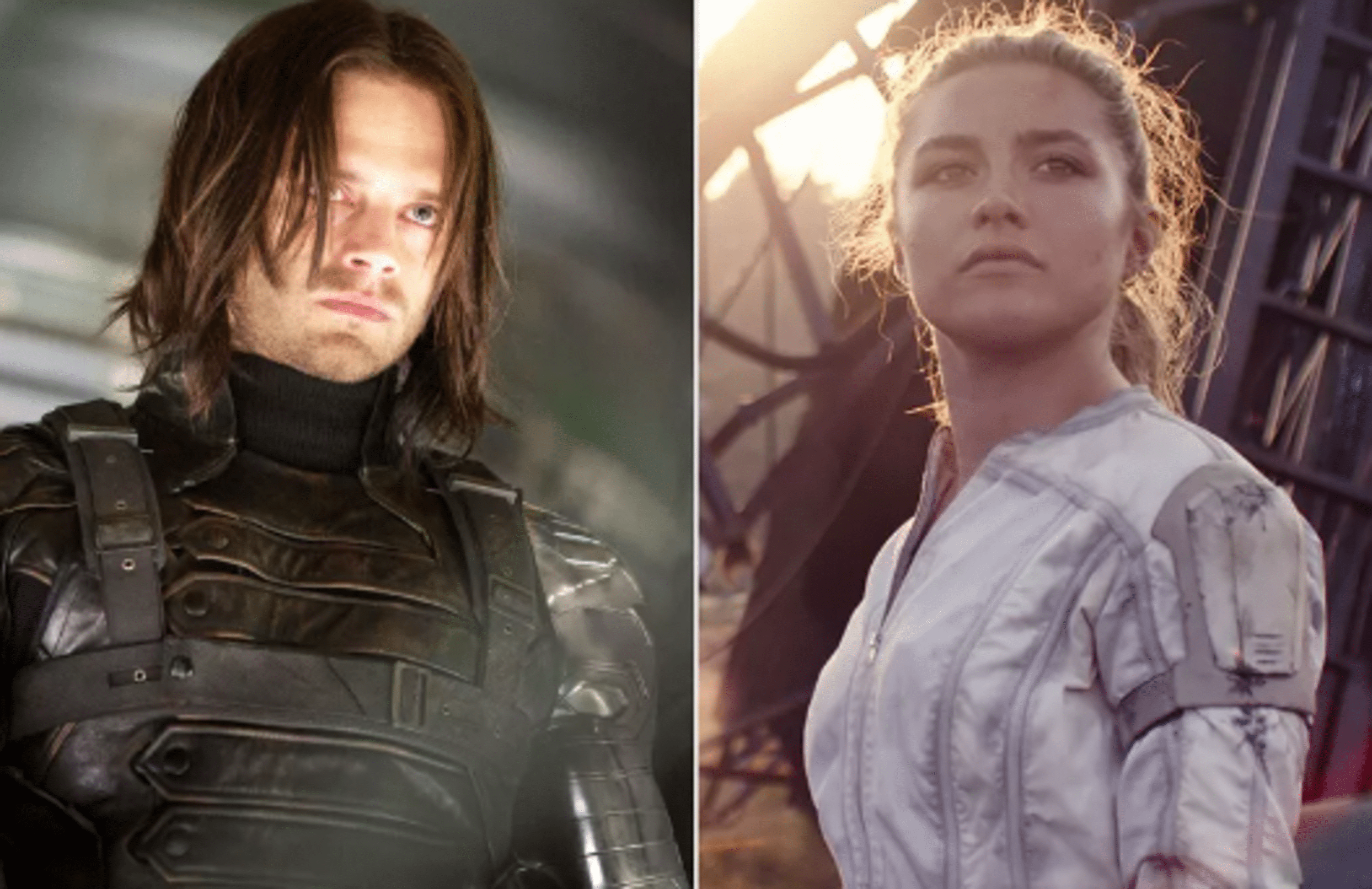 I’m really sorry I can’t be there in person. In a pre-recorded video statement at the D23 Expo, Florence Pugh stated.
Sebastian Stan and Florence Pugh will star in the new movie Thunderbolts as their individual anti-heroes Black Widow (aka Yelena Belova) and the Winter Soldier (aka Bucky Barnes), it was revealed by Marvel Studios president Kevin Feige on Saturday at Disney’s D23 Expo.

Marvel’s Suicide Squad, a group of supervillains hired by the government, is known as The Thunderbolts. The Suicide Squad is a D.C. franchise. To welcome the announcement, director Jake Schreier joined actors Stan, Harbour, Russell, Louis-Dreyfus, and John-Kamen, ages 33, 36, and 40, at the D23 Expo.

The 26-year-old Pugh made a virtual entrance with a pre-recorded video greeting. Pugh is now filming Dune: Part Two. She remarked in the video, “I am sad I can’t be there in person to greet, but I am incredibly pleased to be heading this group. So, if you would, would you kindly show my cast mates a lot of love?

By sharing a selfie she took with Russell and Stan on the red carpet, Louis-Dreyfus gave fans a peek behind the scenes. Here we go! She teased her 1.5 million followers with a backstage video before writing in the description.

Harbour posted a picture of Red Guardian’s Funko POP! bobblehead and a selfie in front of the Thunderbolt carnival ride to Instagram to express his excitement about the news.

He added a caption saying, “I missed him so badly.”
According to Variety, shooting on Thunderbolts will start early the next year with a July 26th launch date.

Ashton Kutcher has been loved from the 90s till even now. He’s one of the most talented actors in the world and has...

When James Corden Met Harry Styles, It Was Because To Louis Tomlinson’s Mom

It's no secret that James Corden and Harry Styles are good friends, but they...

Lizzo has been one of the top pop artists of this generation...

Jennette McCurdy Alleged That Debbie McCurdy, Her Deceased Mother, Would Force Her And Her Brother To Take Showers Together.