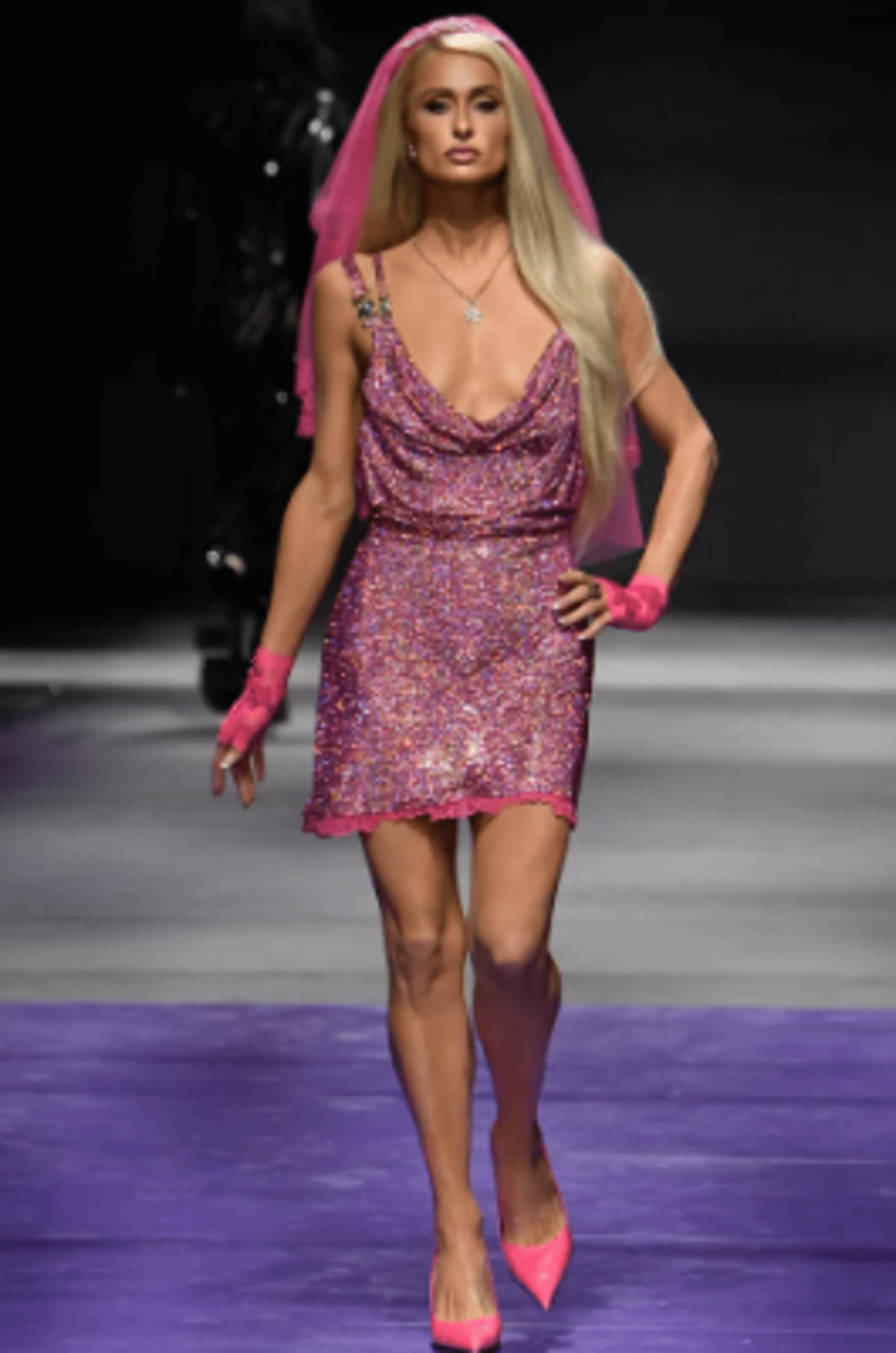 At the end of the Versace show during Milan Fashion Week, the reality star and DJ wore a short metallic dress in her distinctive pink color. While walking down the runway, Hilton, who is now 41 years old, accessorized her outfit with a pink veil, fingerless gloves, and a pair of heels that matched her shoes.

Supermodels such as Bella Hadid, Gigi Hadid, Irina Shayk, and Emily Ratajkowski appeared beside her onstage at various points during the performance.

Nicky Hilton, who was there to show her support for her brother, sat in the front row alongside a number of other famous women, including Vanessa Hudgens, Ashley Graham, Alessandra Ambrosio, and Chloe Cherry.

Hilton’s appearance at Fashion Week took place just as the star was winding down from a very eventful summer.

During her appearance on Jimmy Kimmel Live! in June, the presenter of the podcast This is Paris revealed that she had been a guest at Britney Spears’ wedding. Chelsea Handler was the guest host for that episode.

After being questioned by Handler, 47, about a potential conflict involving Spears’ wedding day, Hilton explained that President Joe Biden had asked her to DJ the Summit of America’s dinner, but she declined the offer so that she could be by her friend’s side on her special day. Handler, 47, then asked Hilton about the potential conflict.

From her well-known mother, Leni Klum acquired only the best. As a result, she made the same decision to pursue a modeling career...

At the end of March of this year, information appeared in the foreign press...

Everyone knows that a good foundation is one that keeps your skin glowing all day and night long, and there’s no greater test...

In a video that was uploaded to Twitter during one of the two stops...