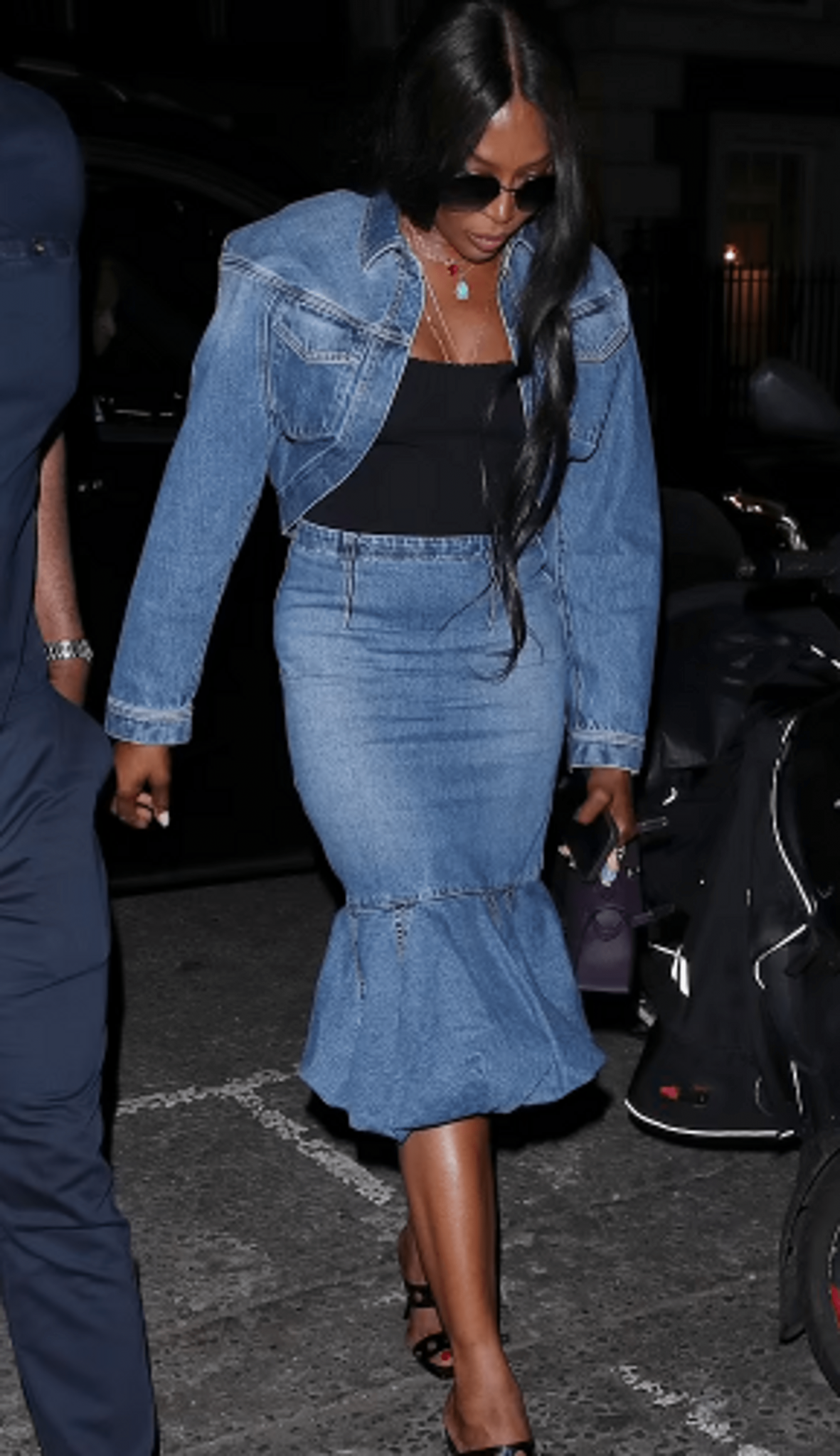 The supermodel opted for a chic 00s-inspired ensemble for dinner, including a cut denim jacket, a tight Alaia skirt with a generous bottom, and a basic black shirt.

Another indication that the 2000s aren’t about to lose their trendy dominance is the presence of a star wearing a denim-only outfit.

In a previous post, The Louis Vuitton team displayed a cruise collection that was clearly influenced by fantasy and designed by the women’s line’s creative director, Nicolas Ghesquière.

The futuristic, mirrored-lens, sports-accessory-inspired sunglasses that the designer bet on will unquestionably refill the it-girls stocks in a few weeks.

We will concentrate on the current and the trendy glasses of the spring/summer 2022 season, despite our desire to peek into and plan for the long term while ignoring the laws of time.

Designers of other labels presented more traditional versions of frames on the Milan and Paris catwalks, evoking the fashion of earlier decades, in contrast to Ghesquière’s love of film costumes and visions of space.

For a few seasons, influencers and fashion editors have favored rectangular sunglasses with thick temples, and other models won’t be able to unseat them as the best-selling style.

Actress Anya Taylor-Joy, a brand ally, posed for street style photographers in front of the Dior fall/winter 2022/23 runway wearing chic cat-eye sunglasses with a slim steel frame. The pick of the star exemplifies one of the season’s key trends, the updated “cat’s eye.”

How to use RealityCapture to scan yourself for Mesh to MetaHuman

More relief for businesses has arrived as high inflation, supply chain issues, and the threat of a recession pile onto other problems posed...

Chances are, you know who Jennifer Morrison is from seeing her in front of the camera from her memorable roles in “This...

We’ve come to the realization that W isn’t what it once was. There’s zero denying, however, that Sara Moonves gives it her all...