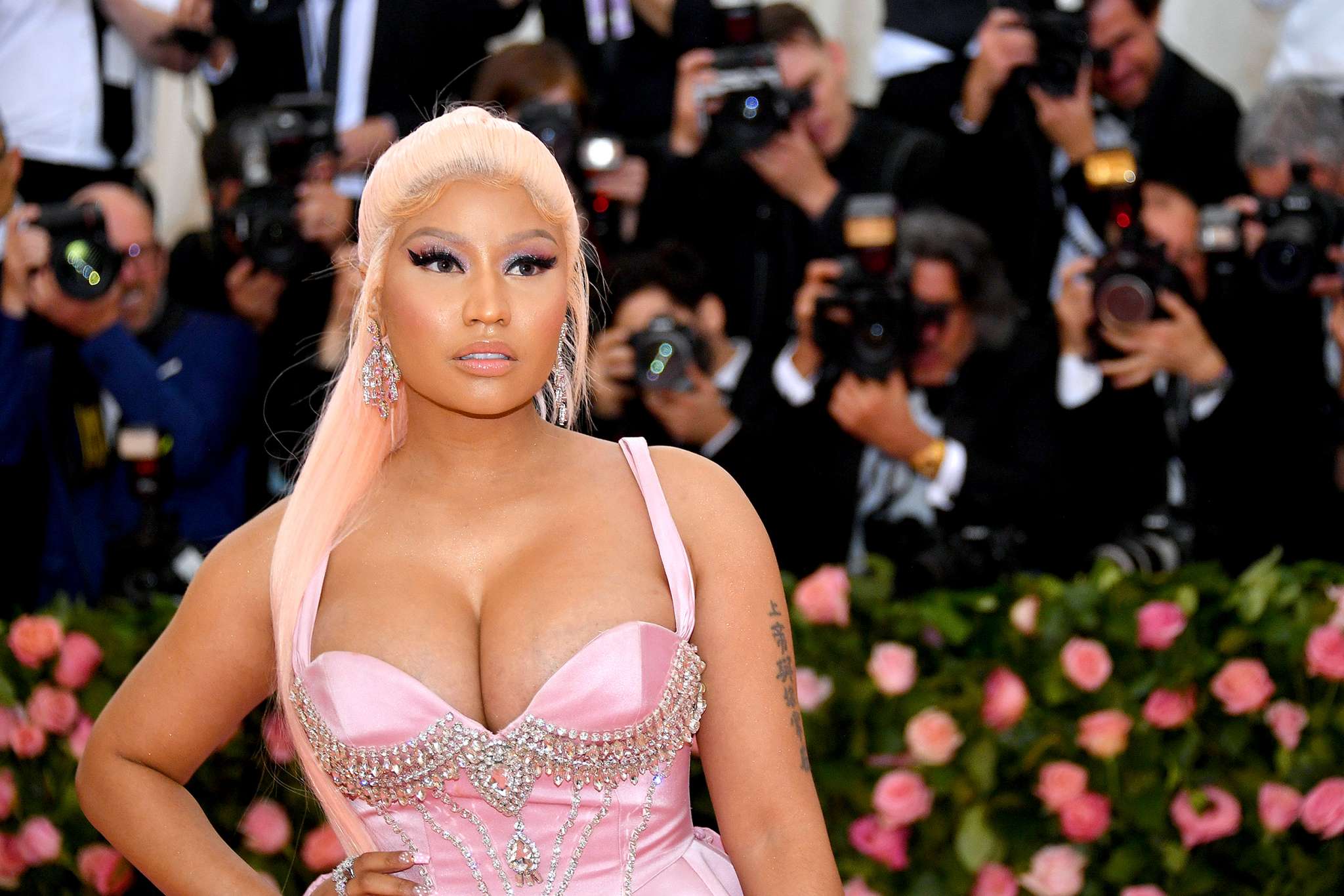 Nicki Minaj is known for her iconic shout-outs. At one point she accepted an award and shouted out to Michael B. Jordan because he’ll be taking her dress off later in the night. Another time she asked Stephen Colbert if he has a wife and then proceeded to give his wife a shout-out. But this year, at the MTV Video Music Awards, Nicki Minaj gave the sweetest shoutout of all as she gave one to her newborn son, named Papa Bear.

Nicki received the Video Vanguard Award at this year’s VMAs and while giving her acceptance speech she gave a shout-out to her son in the following words:

“I have a new baby; his name is Papa Bear. Papa Bear, I love you so much. Mommy loves you so, so, so much.”

Nicki shares Papa Bear with Kenneth Petty. Papa Bear was born in 2020 but his name was not revealed to the world until now.

Nicki seems to be going in a great direction in all areas of her life, whether it be family or career. Her latest single, Super Freaky Girl,  debuted at No. 1 on the Billboard Hot 100 chart. Nicki is now one of the only 2 solo female rappers to have achieved this feat. The last time it was done by Lauryn Hill in 1998 for her song Doo Wop (That Thing).

Nicki recently shared a video where the people from her label Republic Records left a beautiful balloon arrangement outside her house, celebrating her achievement.

The video shows Nicki’s son Papa Bear playing with the balloons and in the caption, Nicki expressed her love for her son in the following words:

“Mama loves you papa bear. You make every single moment worth it.”

Nicki has revealed that she will soon be coming out with a docuseries and fans are excited to get a look inside the life of the highly successful rapper and highly loving mother as recent evidence suggests.

While there’s no denying that summer equals sandal season, you don’t have to sport them 24/7. Believe it or not, you can actually...

What is the First Thing People Notice When Meeting Someone

by Julie WoodworthWhenever you meet someone new, what do you first notice about their appearance? Maybe you notice their hair or their clothes....

Everything You Need to Know About Gua Sha Facial Massaging, According to Four Experts

From jade rollers to firming wands, there’s a lot to keep track of in the world of facial- sculpting products. One of the...

Why Sequins and Platform Heels Are Here to Stay

As its customers returned to weddings and galas, luxury handbag brand Mark Cross wanted an invite to the party, too. Earlier this year,...

Paris Couture, a vibrant multi-billion business, opens its next season on Monday