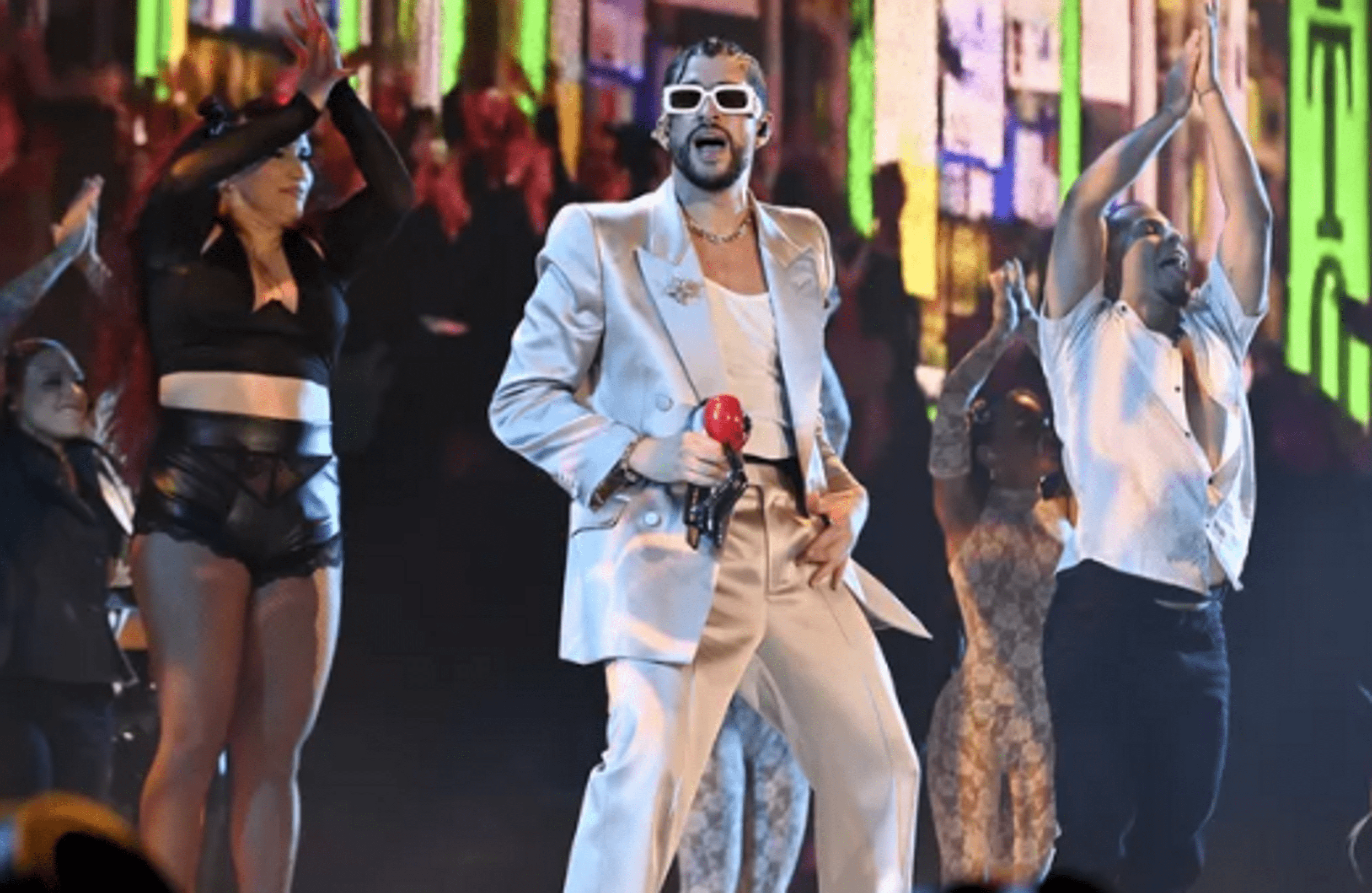 The crowd was shocked when the Puerto Rican artist kissed his backup dancer during his set at the MTV Video Music Awards on Sunday from Yankee Stadium.

The 28-year-old “Moscow Mule” performer went over to kiss the female backup dancer while singing out the lyrics to his smash song “Tit Me Preguntó” amid frantic dance moves. However, he soon went the other way and expressed the same attitude to his male backup dancer.

He competed against Drake, Ed Sheeran, Harry Styles, Jack Harlow, Lil Nas X, and Lizzo for the title of artist of the year, and his performance came right after that. He made history as the first musician who didn’t speak English to win the prized award.

Benito Antonio Martnez Ocasio, better known as Bunny, is well-recognised for disrupting the status quo in the Latinx community by speaking out against toxic masculinity.

In a 2020 cover story for Playboy, Bunny, dating Gabriela Berlingeri, said, “I think that sex is a huge world, and anyone can perceive it as they want and have it with anyone they want, however they want, with endless possibilities.” We are ultimately just people. Everybody has feelings, and everyone falls in love with the person they are supposed to be.

He made another statement in March 2020 by donning drag for his “Yo Perreo Sola” music video.
In a cover story interview with GQ in May of this year, he spoke candidly about his changing style, admitting that he doesn’t adhere to any set rules for dressing.

It depends on how I’m feeling,” Bunny said to the publication. Everyone needs to be at ease with who they are and how they think. For instance, what constitutes a man, characterizes a guy, and entails a woman? I really can’t assign gender to clothes.

He went on; A dress is a dress in my eyes. Would a dress cease to be a woman’s if I wore it? Or the opposite? I mean, no. It’s just a dress, that’s all. It is neither a man’s nor a woman’s. A dress, that is.

Should Your Brand Have a Discord?

One of the first things new members of Discord channels devoted to fashion’s web3 projects learn is to disable direct messaging.Otherwise, within minutes...

It’s always a good time for a snack, especially if you’re pregnant and seemingly ravenously hungry all.the.time. Given that, that’s me at the...

Julianne Moore makes it clear that sustainability should have a special place...

Of all the covert workhorses plying their trades across your body, the humble undershirt deserves a spot in the hall of fame. It’s...

Your twenties are about discovering who you are, or working out who you want to be. But in your thirties, you can very...