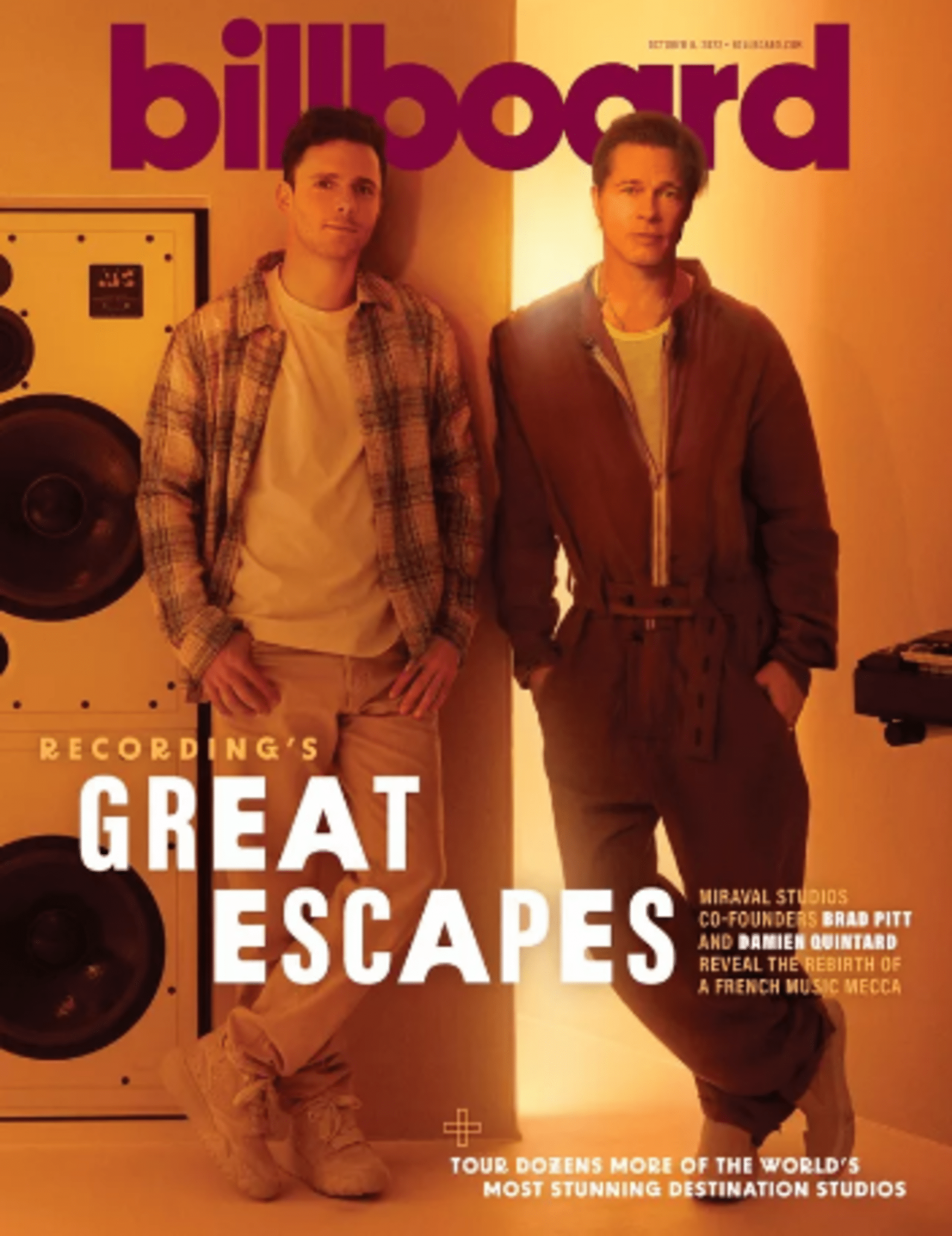 Many legendary albums were recorded in Studio Miraval, including Pink Floyd’s The Wall and WHAM’s Careless Whisper. It was built on Pitt, 58, and Jolie, 47,’s expansive grounds at their French house, Château Miraval, where they were married in 2014. It’s become a source of legal conflict in the midst of their divorce.

Pitt and French producer Damien Quintard give an inside glimpse into the process of updating the state-of-the-art space, now known as Miraval Studios, in a new cover story for Billboard. The studio, which has been used by music icons like AC/DC, The Cure, Elton John, and Sting, has been closed for a year.

The French jazz pianist and then-owner Jacques Loussier conceived and constructed the facility in 1977; it featured the country’s first solid-state mixing board. In addition, the vast, isolated building featured its own drum chamber, designed to mimic concert halls’ acoustics so that Loussier could experience music there.

While it was still widely used into the early 2000s, activity levels declined progressively after Loussier sold the property in 1992. However, Pitt and Jolie found the property in 2008, and the studio and its instruments, synthesizers, and equipment were still accessible.

Pitt did not decide to take the studio head-on until this past year. However, he disclosed to Billboard that a studio makeover has long been on the agenda. For that reason, we waited to do it until we had something truly remarkable to show for its rich history.

The Bullet Train actor told Billboard that his instinct urged him to hire the 31-year-old producer Quintard.

For a French engineer like Quintard, reworking the area was akin to finding the Holy Grail. To be sure, Miraval is among the pantheon of great studios. However, I had no idea how profound the roots were until I visited Miraval.

Kruse GWS Auctions on June 25 will offer the opportunity to purchase the 1955...

Can Fashion Lower Its Climate Impact While Selling More Products?

By the end of the decade, global emissions need to roughly half to stave off the worst effects of climate change. The fashion...

On Monday, the drummer for Blink-182 uploaded an Instagram photo in honor of his...