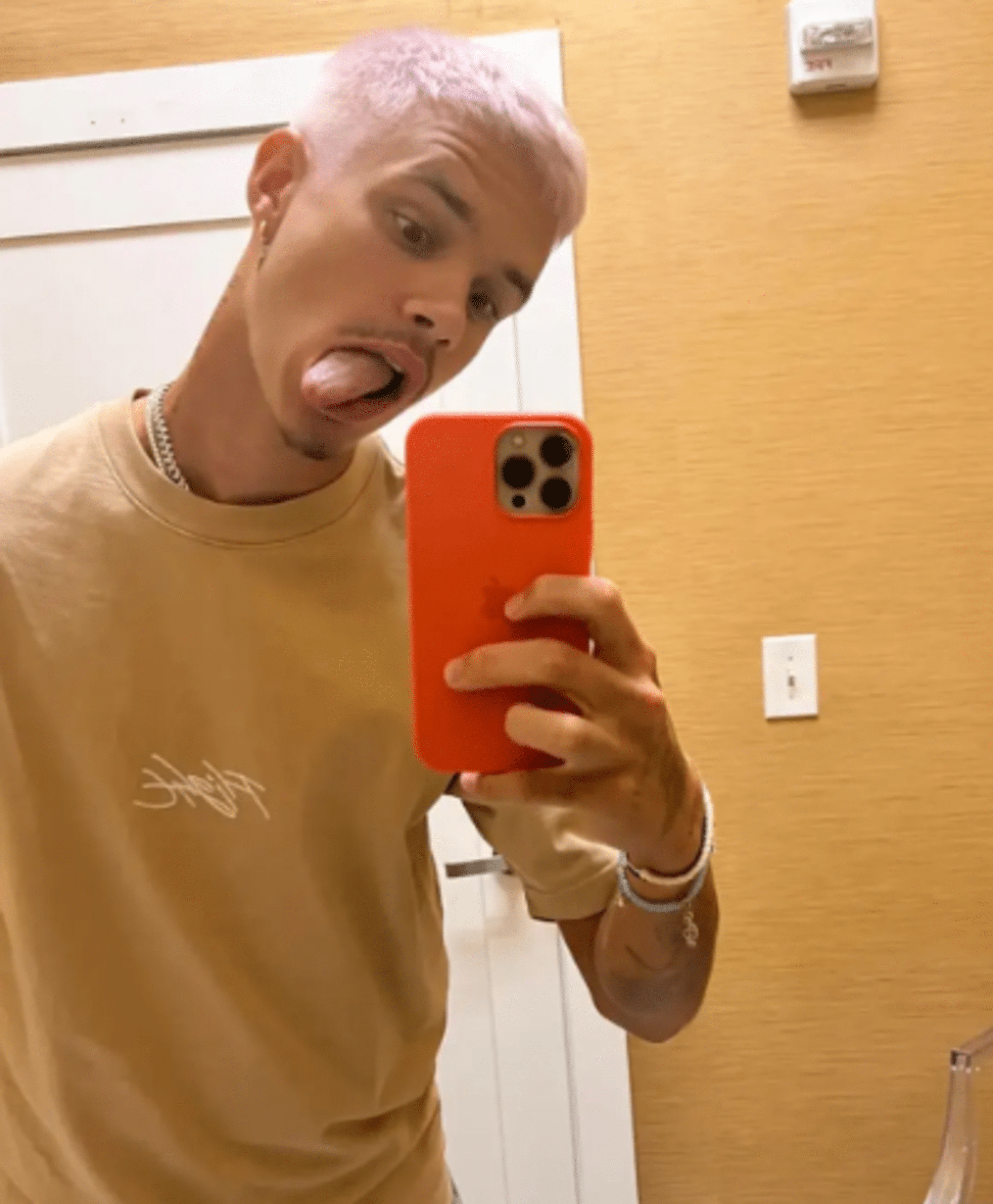 Tuesday, the 19-year-old son of David and Victoria Beckham shared a photo of his new hair color on Instagram, giving his customary platinum buzzcut a pastel makeover. The teen made his recently pink-tinted hair public on social media.

In a cute photo with his 11-year-old sister Harper, Romeo showed off his new hairstyle. He also posted a funny tongue-out picture on his Instagram Stories.

This summer, the teen allegedly broke up with his three-year relationship with model Mia Regan. It appears that he is now seeking a new beginning in a variety of ways.

Or maybe, in light of the drama engulfing his family, he’s just going for the optimistic view: According to an early August article from Page Six, Victoria Beckham and Nicola Peltz, Brooklyn’s sister Romeo’s new wife, are at odds.
According to a source, “They absolutely can not stand each other and don’t contact.” “The preparation for the wedding was horrible.”

Days later, Page Six learned that Victoria and Nicola’s conflict with each other is the result of a bigger family dispute; another insider described the two women as “simply causalities” in the conflict.

Romeo is not the only member of his illustrious family to experiment with rose-colored hair. Cruz, his younger brother, who is 17 years old, was the first Beckham son to color his hair pink in 2021, albeit he went with a more vivid shade. Romeo just had a short vacation from playing football, but now he’s taking after his father and breaking the rules like Beckham.

In 2021, the young player began playing soccer for his father’s Inter Miami II squad in South Florida. If they attend a game, they might actually see his pink hair in person.

When it comes to hair color, there are two terms that are easily conflated, “base color” and “natural color.” Base color refers...

Officially, the friendship between the jewelry house and the Actor began on May 25, from the red carpet of Baz Luhrmann's new film...

Following its collaboration with Web3 Pro™ and INVNT.ATOM™, Lamborghini is set to release four limited editions “World tour” themed NFTs that comes with...

Jennifer Lopez shows off her Curvaceous figure in new video