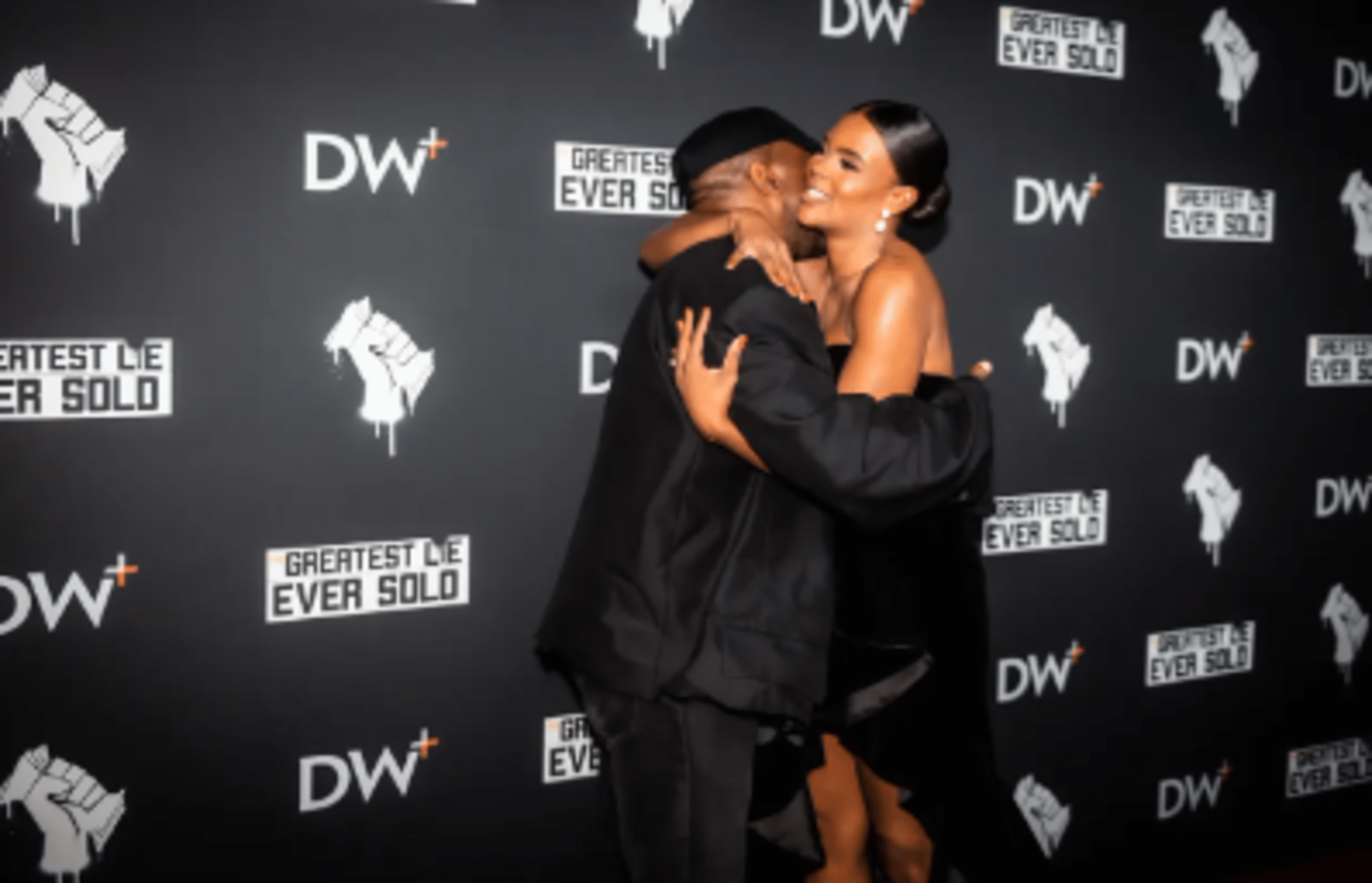 At the premiere of Candace Owen’s new documentary The Greatest Lie Ever Sold: George Floyd and the Rise of BLM on Wednesday night, Page Six cameras caught an ecstatic Kanye West.

The 45-year-old rapper-turned-designer wore an entirely black ensemble consisting of a suit jacket, loose slacks, tall boots, and a T-shirt. Putting the finishing touch on the costume was his now-iconic black baseball cap with the year 2024 stitched into the front.

Kim Kardashian’s ex-boyfriend Ray J was also there, looking dapper in a long coat, black tie, and pants, which was a complete surprise. They were far from one another, nonetheless friendly as they posed with Owens. Fans of Keeping Up with the Kardashians may recall that West confronted Ray J about his threats to expose other sex tapes he supposedly recorded with the rapper’s ex-wife.

Later, though, the two joined forces and accused momager Kris Jenner of being a mastermind who would stop at nothing to keep her daughters safe.

Ray J’s participation on the red carpet comes after he hinted at suicidal thoughts in a string of posts that worried his admirers. But someone who knows him well assured us that he is healthy and that everything is good.

West and Owens also had one-on-one time together as they posed for photos and hugged each other. The political commentator, who matched Ye, was dressed in a black dress and stiletto shoes.

Many celebrities, including Jason and Brittany Aldean (who have been in the news for transphobic comments), Kid Rock, and others, gathered in Nashville to view the film.

Kid Rock, who donned a brown leather jacket, maroon jeans, and a black T-shirt, can be seen chatting with Ye in one of our images. The singer was also wearing a brown hat, sunglasses, and a cigar.

Polygon Collaborates with Virtua To Boost Its NFT Ecosystem

Polygon announced Tuesday a partnership with Virtua to help the NFT platform build a sustainable NFT ecosystem. With this collaboration, Virtua users can now benefit from...

It’s the end of an era for Italy’s biggest fashion brand.Alessandro Michele, creative director of Gucci since 2015, is set to leave the...