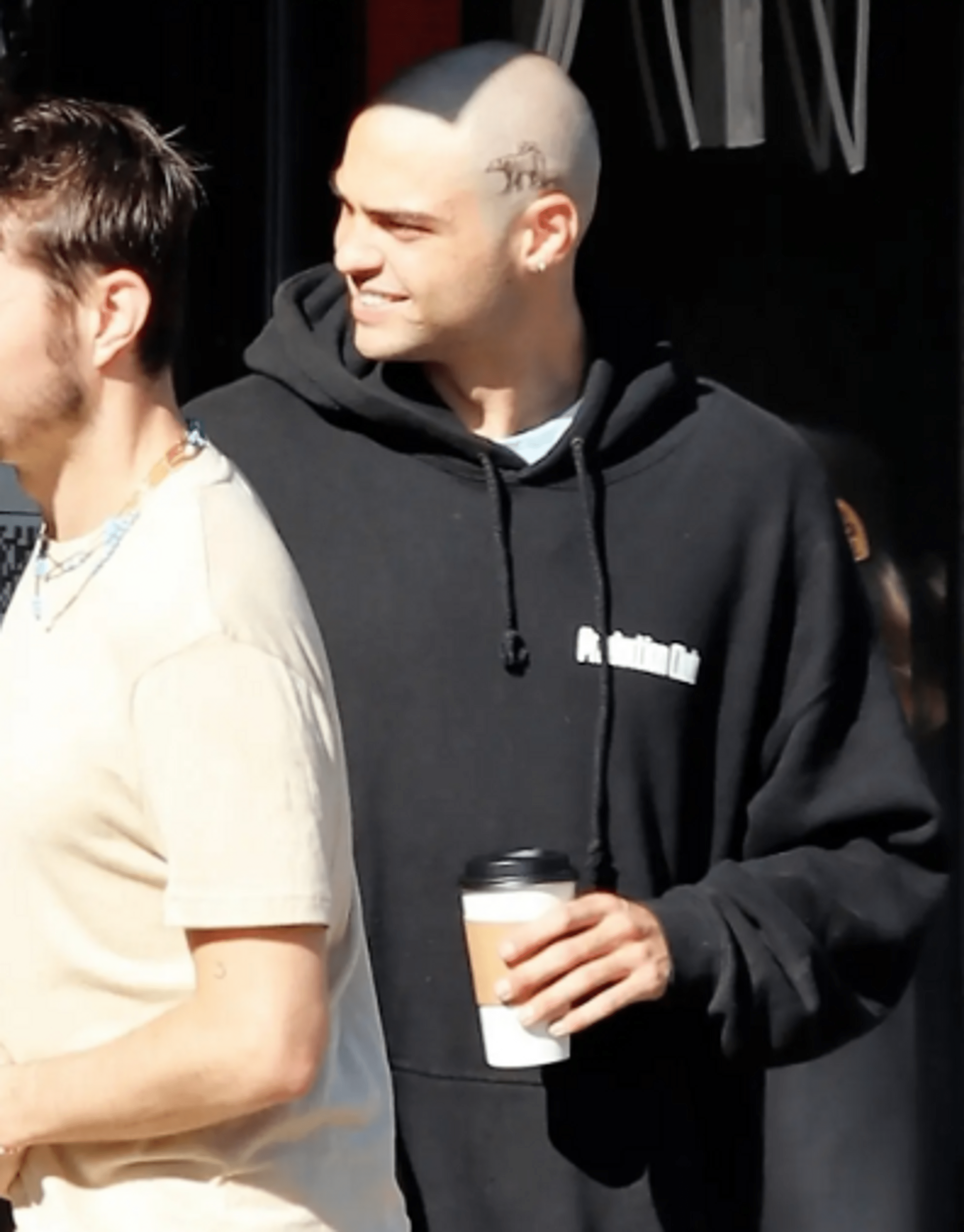 With a bald head and a brand-new tattoo on the side of his skull, Noah Centineo stunned fans by revealing a new look on Monday. The image in ink looks to show a brown bear with two cubs.

The Netflix hunk, 26, is known for his mop of black hair, so it’s unclear whether the entirely bald appearance is for a role or not.

One fan account joked, “You know he’s in between projects when the tattoos come out, and the hair continuously changes.” One person pleaded with him to stop shaving so closely.

Others questioned the validity of the tattoo, saying that, if true, Centineo “may still cover it up with his hair for future acting parts.”

However, Centineo has previously chosen a buzzcut. He last shaved off his hair in 2019 and did away with his bleached-blond beard.

More than a year after the “Fosters” actor claimed he was growing out his mane, he now has a smooth-domed appearance.

During an interview on “The Late Late Show With James Corden” at the time, Centineo confessed, “I honestly want to be able to make a man bun because I’ve never done it.”

The Boca Raton, Florida native, was seen in Los Feliz while out with friends. He is preparing for a number of projects, notably “Black Adam,” a superhero movie.

In a previous post, According to a source who spoke to Page Six, “To All The Boys I’ve Loved Before,” actor Noah Centineo and his girlfriend Alexis Ren were seen engaging in strong PDA on Saturday night while enjoying drinks at Tavern on the Green in Central Park.

The Sports Illustrated model and Centineo, both 23 years old, reportedly sipped martinis and bourbon in the restaurant’s bar room while acting “touchy-feely and cuddly.”

For a few hours, the two hung out at the restaurant where Centineo was “extremely pleasant to workers.” Last week’s “Big Time Adolescence” premiere was attended by the Netflix hunk.

Johnny Depp has been back on the market for quite a while...

ZO Skin Health“I’ve recently been using the ZO Skin Health Daily Power Defense as my daily moisturizer and I now recommend it...

It seems that a big chunk of the Don't Worry Darling press tour is...

Despite The Persistent Conflict Between Their Mothers, Kyle Richards, Kathy Hilton, And Kim Richards’ Daughters Spent The Weekend Together

People Who Oppose “The Little Mermaid” Because The Role Of Ariel Has Been Portrayed By A Black Woman Have Been Called Racist By Tituss...