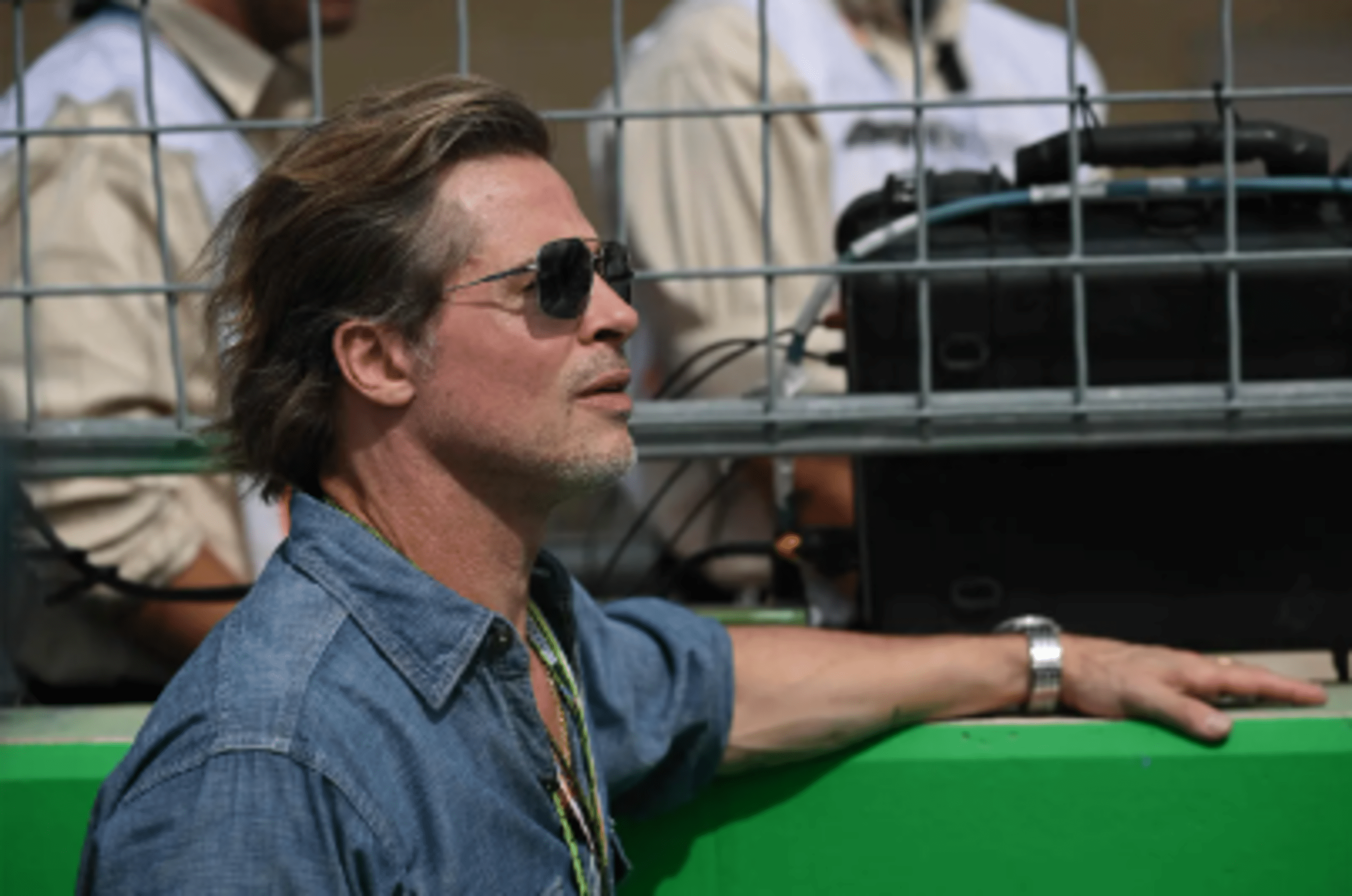 Over the weekend, Brad Pitt shocked fans by showing up at the United States Formula One Grand Prix. According to reports, the actor was attending the event for business purposes.

At the Circuit of the Americas, it was nearly impossible to avoid running across the actor when he was in the paddock conducting research for his upcoming film about Formula 1, which Lewis Hamilton will produce.

Pitt, 58, was seen mingling and making small talk with F1 CEO Stefano Domenicali, as well as many team managers and COTA chairman Bobby Epstein, as they talked about the film’s production during actual race days in 2023.

While in Austin for the race, the hero of Bullet Train had lunch with Apple CEO Tim Cook, musician Pharrell Williams, and Mercedes chief Toto Wolff, as well as the filmmaker of Top Gun: Maverick, Jerry Bruckheimer.

On the day of the race, which took place on Sunday, Pitt was a common sight in the paddock. Two-time world champion Max Verstappen won the race, securing the 2022 constructors championship for Red Bull Racing. On another day at the races for Brad Pitt, one Twitter user commented, “I’ve seen Brad Pitt more than I’ve seen my family this weekend.”

Green Day’s Tré Cool was overheard telling F1 commentator Martin Brundle that he was rooting for Aston Martin Racing because they were “the green squad,” joining the likes of Shaquille O’Neal, Adrian Grenier (of Entourage), Ed Sheeran, and the rest of the band on the starting grid.

While this happened, singer Madison Beer and two of her exes, Brooklyn Beckham and Zack Bia, watched the race from the Cash App tent. While she was overheard conversing and laughing with Bia, Beckham was observed speaking with Serena Williams and model Ashley Graham.

Although his wife Nicola Peltz was not present, David and Victoria Beckham’s son was in familiar company: Chlo Grace Moretz was observed watching the race from the Williams Racing garage.

Katie Aselton on Directing Diane Keaton, ‘Sex and the City’ and the Mascara She Pushes on Everyone

There’s nothing quite like a summer-Friday, big-movie premiere, and the just-released-today Mack & Rita not only brings Diane Keaton and an all-star...

Men are notoriously hard to shop for and even more challenging if they seem to have everything under the sun. If you’re looking...

Organizations do a lot of research and planning when selecting the best business to provide them with a product or service. That's why...

Actress Amber Heard , in the first interview for NBC after the defeat...