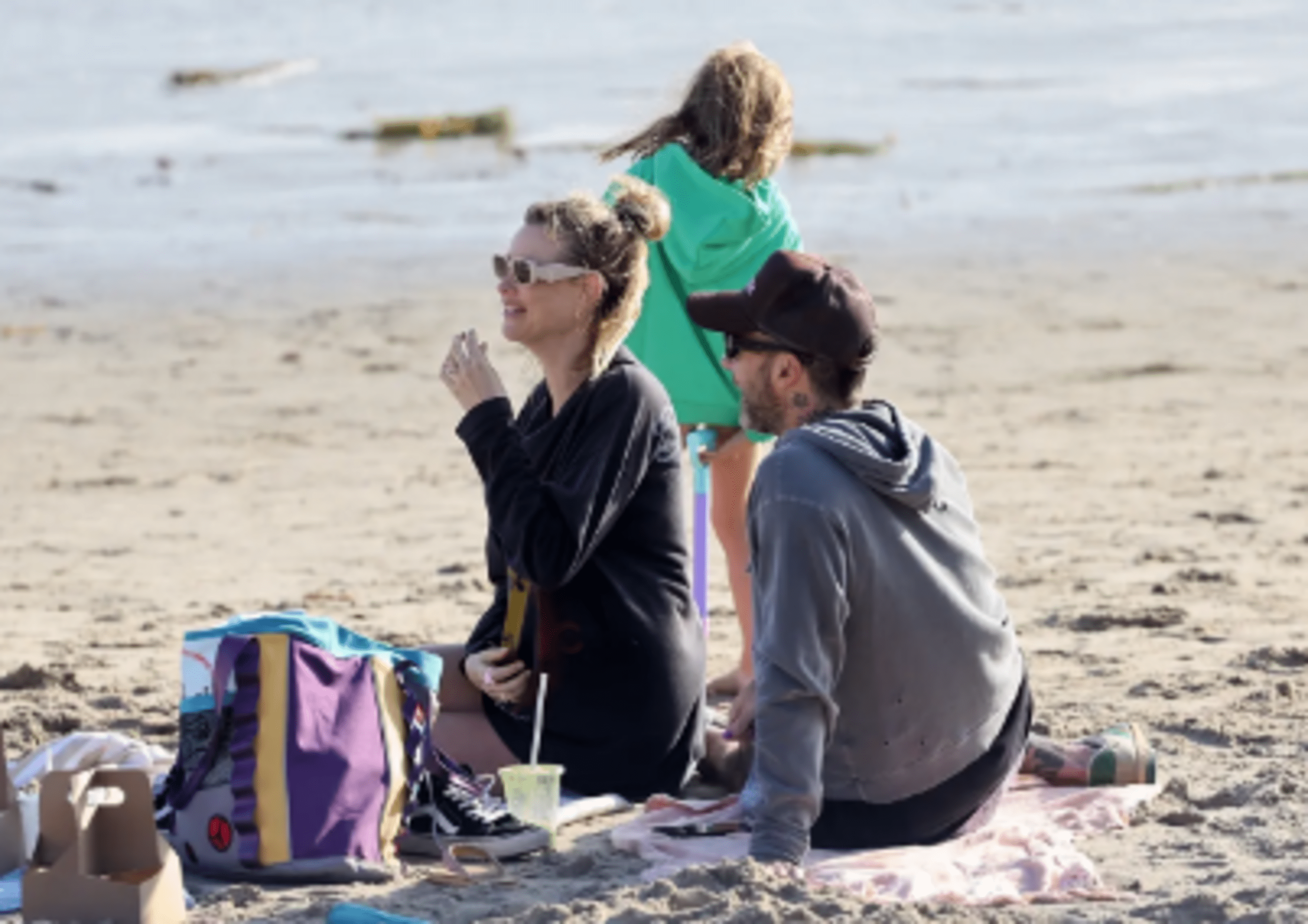 Adam Levine appeared to be in good spirits as he spent Saturday at the beach in Montecito, California, with his pregnant wife, Behati Prinsloo, and their two girls. This came amid his highly known adultery scandal.

The family of four—including Dusty Rose, 6, and Gio Grace, 4—was seen on camera by Page Six while they rode their bikes to the beach. Prinsloo, 34, was caught on camera laughing and smiling in response to something said by Levine, 43, as the couple lounged on beach blankets spread out on the sand.

The supermodel was subsequently pictured resting her pregnant belly on her husband’s chest while her sweatshirt was pulled up to expose it. The frontman for Maroon 5 looked unfazed by the current media attention.

Several women publicly revealed that the rock star had sent them inappropriate direct messages a few weeks ago. After Instagram model, Sumner Stroh said in a TikTok video that she and Sugar singer Khalid had a brief fling, several posts about the alleged affair surfaced.

According to Stroh, she and Levine started having sexual encounters in 2021, when she was a young, naive, and recently graduated college student who was very easily misled.

At least five additional women came forward after Stroh’s allegations, most of whom claimed to have had inappropriate encounters with Levine via Instagram direct messages and texts. For example, the comic Maryka claims Levine sent her a bizarre statement that simply said, “I’m now fascinated with you,” one of many such texts.

While Levine was sure that he and Stroh never had a sexual relationship, he confessed that he should have known better than to engage in flirtatious conversation with anyone but his wife. Also, he said that there was a time in his life when he acted inappropriately.

How to use RealityCapture to scan yourself for Mesh to MetaHuman

How long does the Quest Pro battery last? Meta’s answer

There has been some confusion and controversy about the Quest Pro’s battery life, which isn’t shown on Meta’s product page. If you search...

Discover the most relevant industry news and insights for fashion designers, updated each month to enable you to excel in job interviews, promotion...