Tristan Thompson’s Daughter, True Displayed Some Of Her Artwork For Her Father To Admire 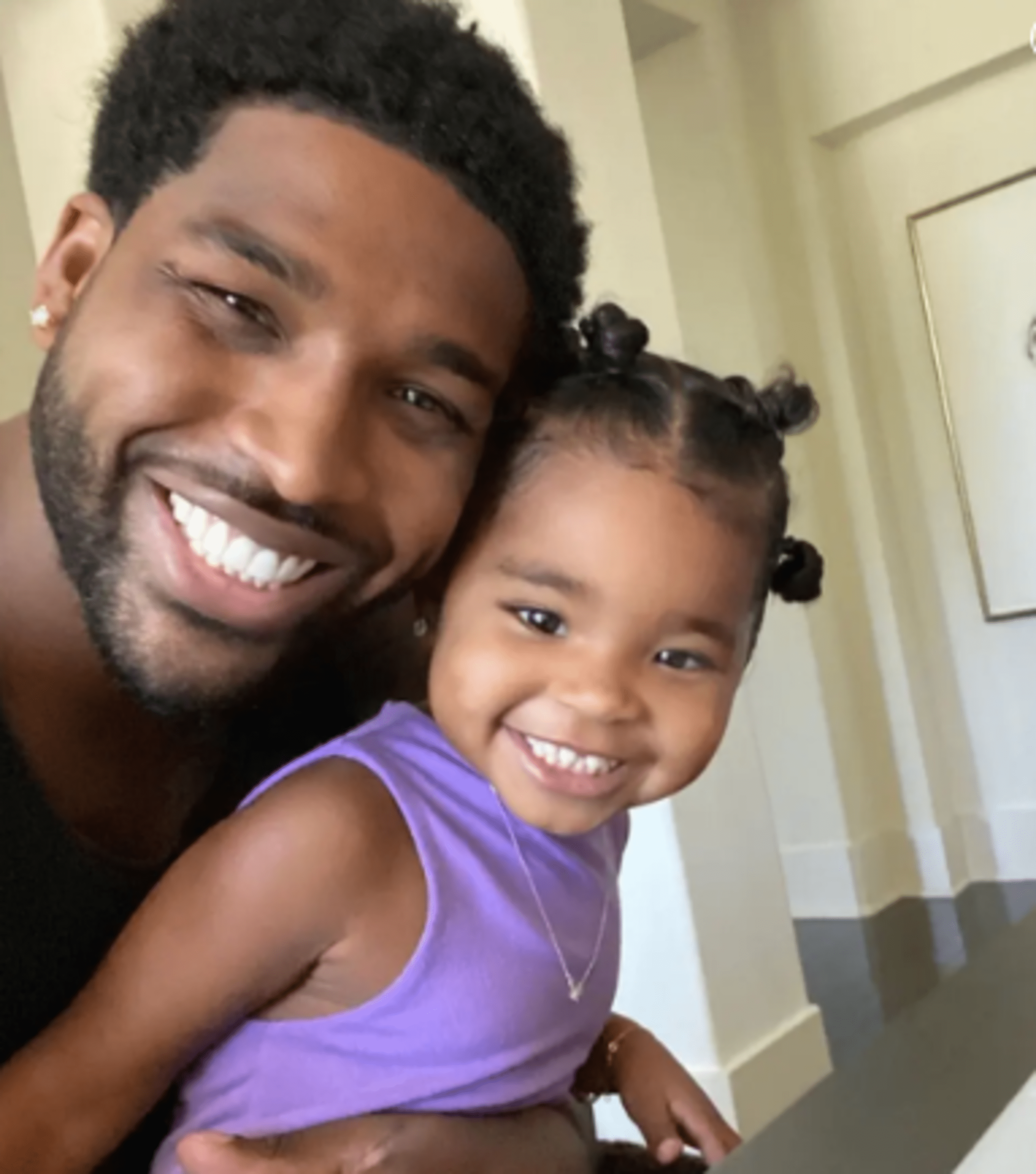 Tristan Thompson’s daughter, True, had thoughtfully presented him with a hand-painted frame containing a lovely photograph of the two of them together as a father-daughter pair. Tristan Thompson displayed the picture with great pride.

The NBA star, who is 31 years old, posted a picture of the gift on his Instagram Post along with the comment, “Lights my heart #MyPrincess.” He also included emojis of love and a crown.

The little girl, who was just four years old at the time, used green, yellow, and red paint to adorn the picture frame, and she decorated it with decals that said True 2022, DAD, and I love you, daddy.

Within the picture frame was a sepia-toned photograph that depicted Thompson grinning broadly while holding his daughter and giving the camera to himself.

Despite the fact that they are no longer together, the now-former couple’s efforts to expand their family have not been without conflict. In the second season premiere of The Kardashians on Hulu, Kardashian, 38, admitted that she had an embryo transfer days before learning that Thompson had had a child with another woman, Maralee Nichols.

It wasn’t until July that they announced they were having their second child together; this was seven months after their most recent split.

At the time, we were informed by a source close to the situation that Kardashian and Thompson had not reconciled their differences and were not communicating with one another outside of the context of their role as co-parents to True.

After being discovered cheating on many occasions, Thompson ultimately decided to end his relationship with his longtime partner in February 2019. After a year apart, they got back together but ended things for good when Kardashian discovered that Thompson had cheated on her again.

In 2021, the sportsman admitted to having a sexual encounter with Nichols in court documents published as part of his paternity suit.

Nichols gave birth to a son, Theo, in the winter of that same year. Since Thompson wasn’t present at the birth, she did not list him as the father on the official documents.

If fashion continues its current trajectory, all things from the 2010s will soon be popular again. While the decade was literally last decade,...

Fall 2022 is shaping up to be an amazing season.We’re already getting hints that there will be a blend of the athleisure-inspired comfort...

View gallery Hilary Swank, 48, is ready for her last Christmas before she becomes a mom! The actress, who is expecting twins with husband...