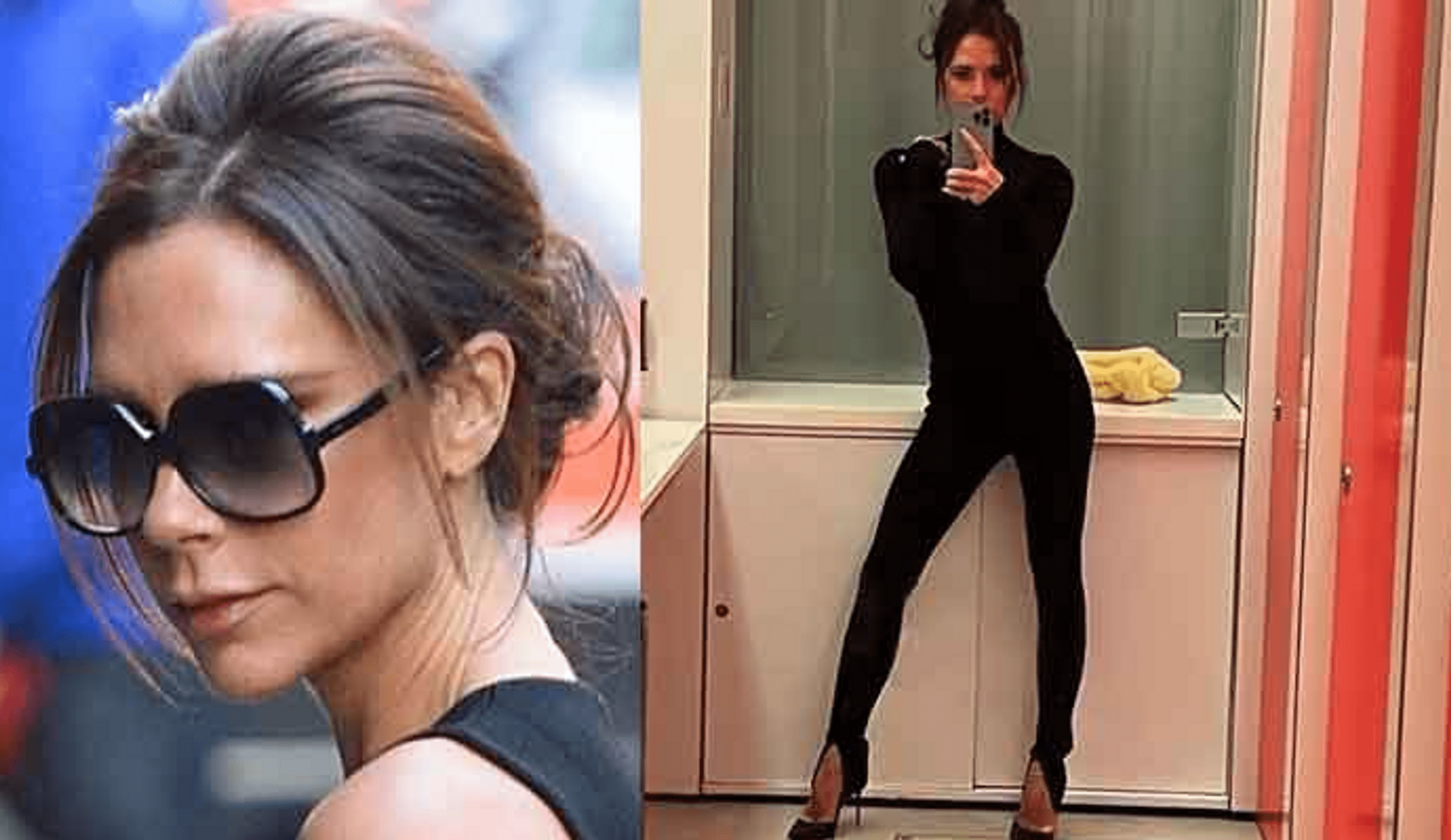 After a provocative statement that thinness is old-fashioned, designer and mother of many children Victoria Beckham continued to motivate subscribers on social networks to play sports and strive for the perfect figure.

So, the celebrity posted a photo in the mirror in which she poses in things of her own brand Victoria Beckham.
Vicki wore black leggings with decorative slits to create a slightly flared silhouette and a matching turtleneck for a monochromatic understated Posh Spice look.

Such an outfit will be good both for the office, just throw an oversized black jacket on your shoulders, and for a date or going to the movies with friends. In order for the set to be as solid as possible, bet on dark shoes with heels.

Fans remembered all her past statements and actions, saying that Mrs. Beckham is disingenuous, talking about the beauty of girls with forms. For example, she constantly uses the clothes of very thin girls in shows and for filming advertising campaigns.

To which Victoria replied that fashion is constantly changing, the desire to be thin is a thing of the past; now, girls want to be healthy and seductive. Therefore, the designer urges us to forget about cruel diets, which she also promoted before, and love her forms.

But at the same time, do not ignore health and self-care. By the way, Victoria began to cooperate with models with non-standard forms; for example, a plus-size girl took part in one of the last photo shoots of the Victoria Beckham sports line.

Victoria admits that all these changes helped her to feel sexy and feminine again. And also that, as a mother, of course, she would like Harper to grow up in the midst of pictures of girls of different shapes, but just as beautiful, healthy, inspiring and enjoy the way they look.

Regent Street, London’s premier shopping thoroughfare, is struggling to shake off the lingering effects of Covid-19.Store vacancy levels, at a record 12 percent,...

American multinational tech giant Apple Inc is coming to terms and is billed to allow Web3.0 startups to sell their Non-Fungible Tokens (NFT)...

From the first day we discovered Merit Beauty’s minimalistic and effective “smart beauty” products, we’ve been huge fans. The brainchild of Katherine...