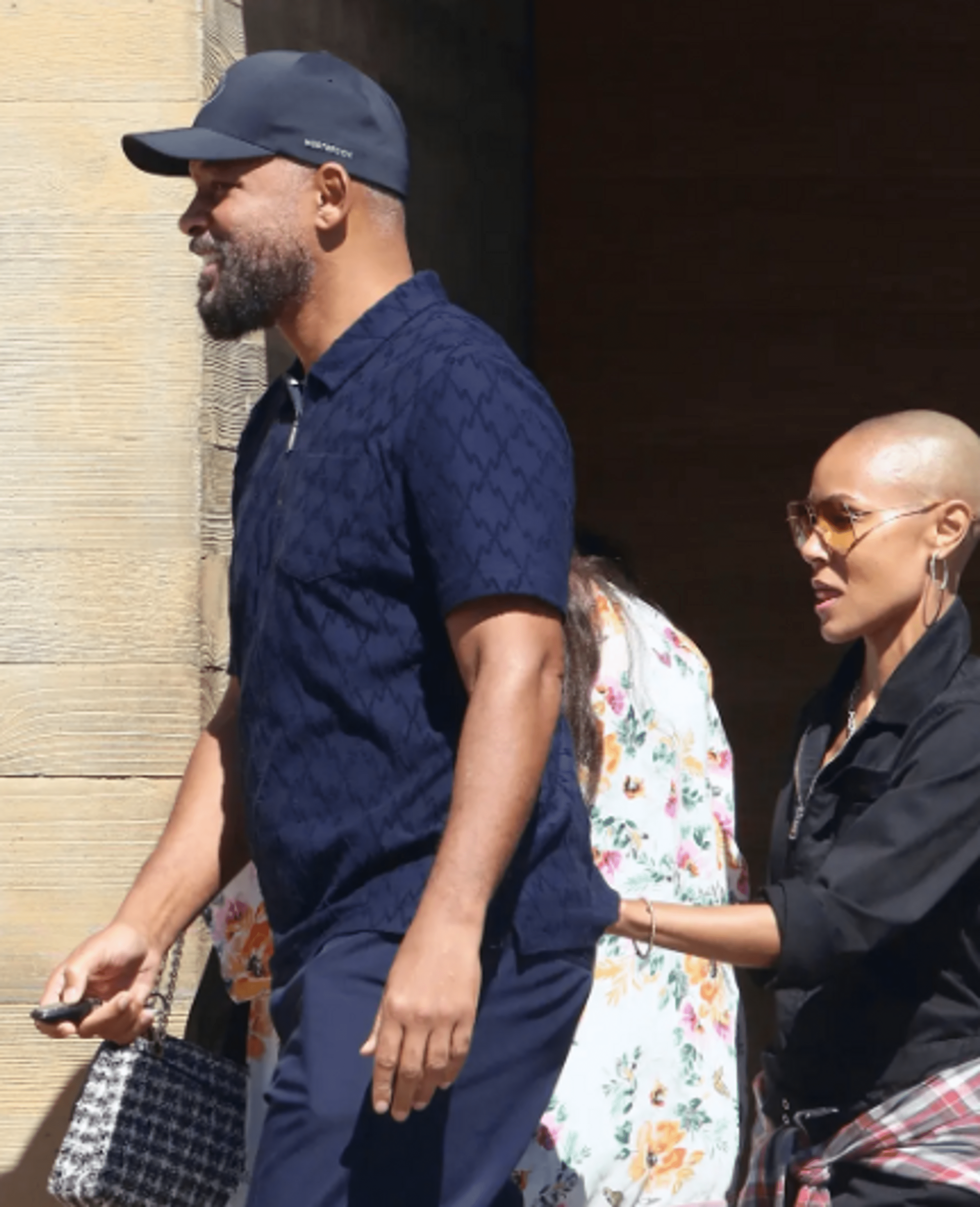 For the first time since Will Smith smacked Chris Rock over a joke made about Jada during the 2022 Oscars back in March, Will Smith and his wife, Jada Pinkett Smith , have been seen together in public.

Photographers saw the couple, who seemed to be in high spirits, strolling hand in hand near the celeb hotspot Nobu on Saturday in Malibu. Will nodded to spectators as they passed.

For a visit, the Oscar winner wore a black cap, a navy polo shirt, and matching pants. A brand-new pair of white Air Force Ones finished off the ensemble.

Jada completed her all-black style with dainty jewelry, a pair of sunglasses, and sneakers while tying a plaid sweater around her waist.

The incident occurred shortly after Will issued his most recent apologies for hitting Rock during the event because of a “G.I. Jane” joke the comedian made about Jada. The latter has alopecia areata, which causes hair loss.

In the YouTube video, Smith added, “I tried out to Chris, and the word that got back is that he’s not ready to talk, but when he is, he will call out.” “I’m going to apologize to you, Chris. I’m available to speak with you anytime you’re ready, and my behavior was inappropriate.

Jada discussed the incident in a June edition of her Facebook Watch series “Red Table Talk,” in which she expressed her desire for “these two brilliant, competent men to have the chance to heal, talk things out, and reunite.”

We require them both, she added, given the current state of the world. “And we truly depend more than ever on one another. So until then, Will and I will continue doing what we’ve been doing for the past 28 years: working through this thing called life together. Thank you for your time.

On the other hand, Rock has only addressed the subject onstage when performing recently, equating Smith to Suge Knight, a former executive at Death Row Records known for being a hothead.

Jennette McCurdy Reveals Why She Refused To Join The Icarly Reboot

Icarly was one of the most iconic shows that Nickelodeon ever made, which ran...

In the age of TikTok, it only takes one viral video for hundreds of thousands of people to begin trying their hand...