Zendaya Showed Off Her Toned Abs To Meet Her Boyfriend 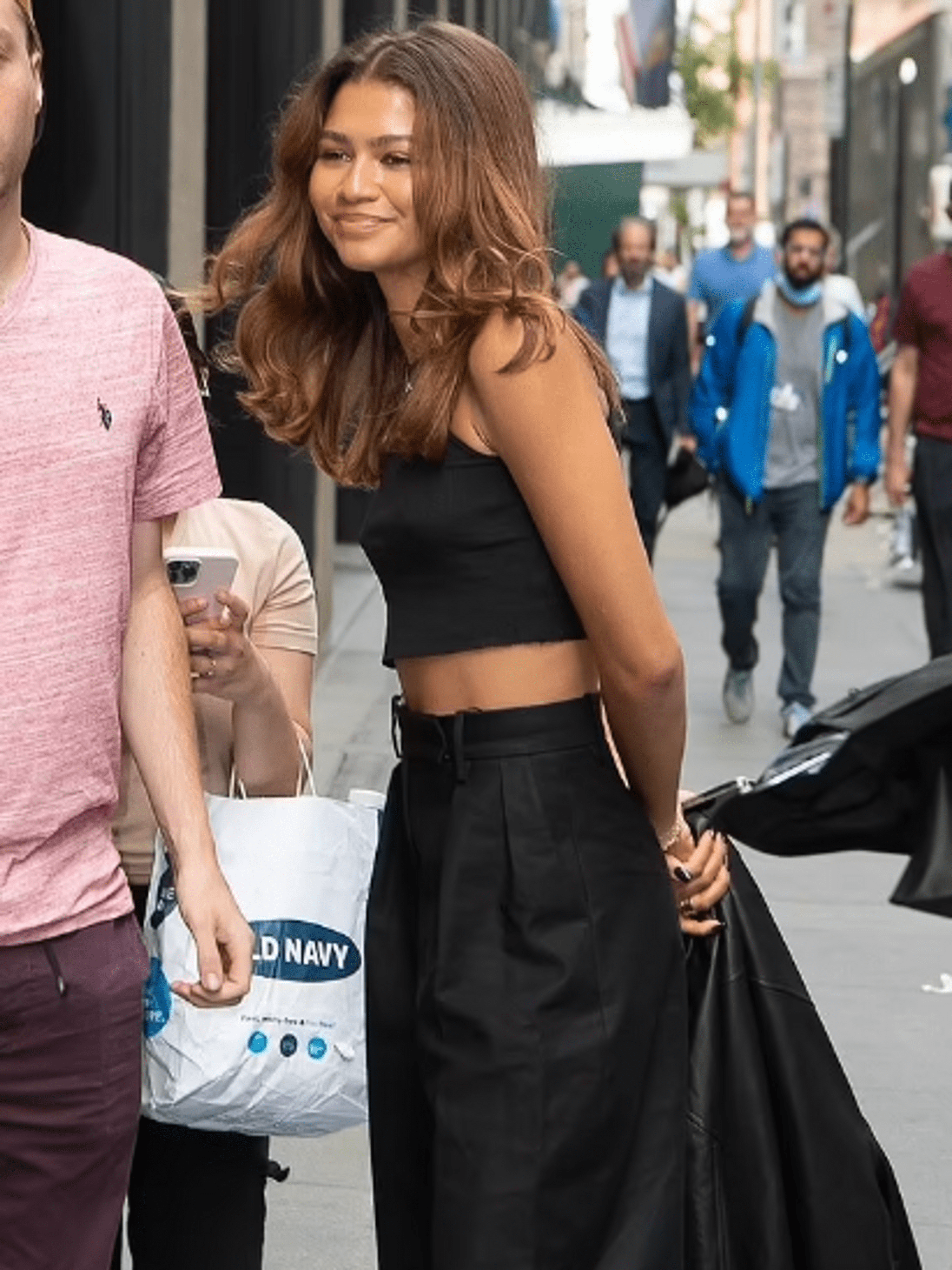 In this form, the actress walked the streets of Manhattan. On Thursday, 25-year-old Zendaya , who was in a hurry to meet her boyfriend, 26-year-old Tom Holland , got into the paparazzi’s lens.

The actor is currently filming the Apple TV+ series Crowded Room, starring Danny Sullivan (his character is a natural person who was acquitted of the crime due to dissociative identity disorder).

For a date, the star of the series “Euphoria” and the films “Dune” and “The Greatest Showman” chose a full black bow: a crop top that exposed her perfect abs and a thin waist, and high-waisted wide cargo trousers, and massive loafers completed the ensemble. In the hands of the actress was a leather jacket.

Zendaya had natural makeup on her face: an even tone, neatly styled eyebrows, a drop of mascara on her eyelashes, and pink gloss on her lips. Her hair was loose, and soft curls fell on the shoulders of the actress.

In a previous post, The Dune and Euphoria star looked stunning in a floor-length black Roberto Cavalli dress with a provocative cutout at the back, decorated with a metal clasp that follows the spine’s contour.

Especially for Zendaya, the brand rethought the outfit from the 2000 collection, remaking it modernly.

The beauty complemented the outfit with black heeled shoes and laid long curls in a hairstyle with a side parting. Bulgari jewelry completed the look of the actress.

Her companion and partner in the film “Spider-Man: No Way Home” Tom Holland, chose a classic black tuxedo for the solemn exit.

The couple was seen at dinner the night before at Le Giraffe. The lovers ignored the cameras and enjoyed each other’s company.

Rumors about the romance of Zendaya and Tom have been circulating since the summer, but they still have not confirmed their status.

However, in a recent interview, Holland acknowledged that the topic touched the two of them and promised they would open up about their relationship when they were “ready to talk about it together.”

British online fashion retailer Asos said its interim chief financial officer will leave in six months, giving it a deadline in its search for a...

On this week's She-Hulk , Megan Thee Stallion makes a not-so-covert...

Tom Cruise is all set to say goodbye to one of his most epic franchises of all time, Mission: Impossible. The franchise began...

According to Forbes, Elon Musk , the inventor of Tesla, surpassed Bill Gates...

Before Carrie Fisher's half-sister, Tricia Fisher disproved his theory, Matthew Perry had been under the impression that his penis was inactive for many...

Honoring Her Late Father On What Would Have Been His 49th Birthday, Meadow Walker Wrote A Touching Tribute