Based on the back and forth experienced in the Bitcoin (BTC) market, a long-term approach is required when investing in the leading cryptocurrency, according to Jordan Belfort, a former Wall Street stockbroker. 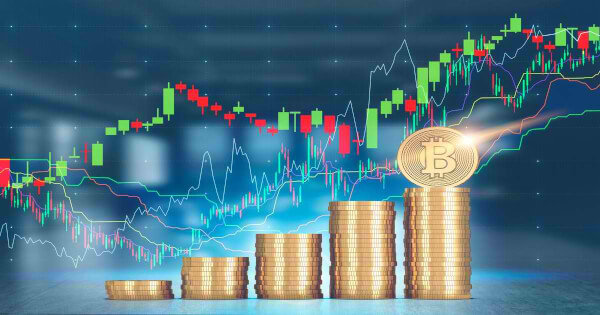 Speaking on Yahoo Finance’s The Crypto Mile, Belfort opined that Bitcoin investment required a strategy beyond one or two years. He pointed out:

“If you take a three or maybe five-year horizon, I would be shocked if you didn’t make money because the underlying fundamentals of Bitcoin are really strong.”

“With reasonable luck, I think if you take a 24-month horizon you’ll almost certainly make money.”

Belfort, who has transitioned to a sales coach, author, and public speaker, noted that it was just a matter of time before BTC emerged as a store of value based on its fixed supply of 21 million coins and heightened inflation. He noted:

“It has a limited supply, and as inflation keeps rising there will come a time when bitcoin will start to trade more like a store of value and less like a growth stock.”

Bitcoin has been trading on shaky grounds because tightened macroeconomic factors have been unfavourable. For instance, the leading cryptocurrency has been struggling to hold the psychological price of $20K, which is way below the all-time high (ATH) of $69K set in November.

Since Bitcoin is still developing, Belfort believes this contributes to its correlation with tech stocks. He acknowledged:

“It doesn’t surprise me one bit that it is doing that and it would be more of a surprise if bitcoin was already trading as an inflation hedge because it is still very nascent.”

With macroeconomic factors and investor sentiments affecting both cryptocurrencies and stocks, a recent analysis showed that the most likely answer was that institutional investors were behind the scenes, Blockchain.News reported.

In One Of Her Many Halloween 2022 Outfits, Hailey Bieber Wowed In A Stylish Vampire Getup

The model, who is 25 years old, posted some steamy photos on Instagram yesterday...

Just like regular people, sometimes stars do not have the best relationship with their...