Is Bitcoin Market Sentiment Shifting from Fear to Capitulation?


As Bitcoin (BTC) continues hovering around the $20K zone, market sentiment might be changing from fear to capitulation. 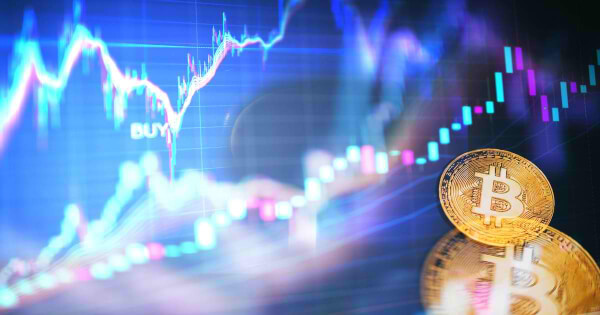 Bitcoin slipped to lows of $17K over the weekend, but it has been able to reclaim the $20K level. The leading cryptocurrency was hovering around $20,203 during intraday trading, according to CoinMarketCap.

“The market sentiment around Bitcoin appears to have shifted from “Fear” to “Capitulation.” This represents the last stage of a bearish cycle before the market sentiment shifts into “Hope” to signal the beginning of a new bull market.” 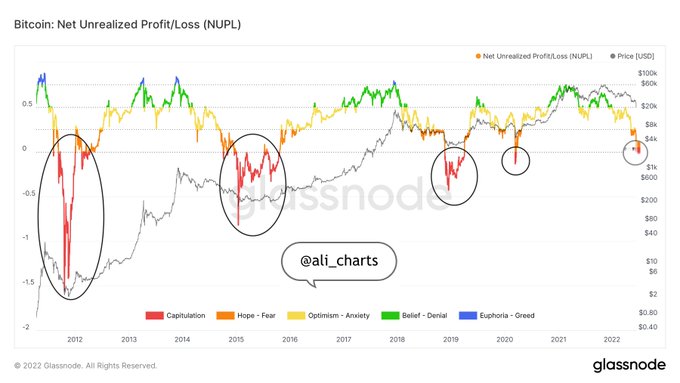 Capitulation in the market happens when investors have given up on trying to recover lost gains based on falling prices. As a result, analysts believe that it signifies a market bottom.

On the other hand, Bitcoin needs to stay above the significant support zone of $20K because this will increase its chances of building momentum. Martinez noted:

“Over 400K addresses bought 516K BTC at $19,200, which should serve as support. Still, transaction history also shows that 700K addresses had previously purchased 520K BTC between $20,300 and $21,500. These are the most important support and resistance areas you should pay attention to.” 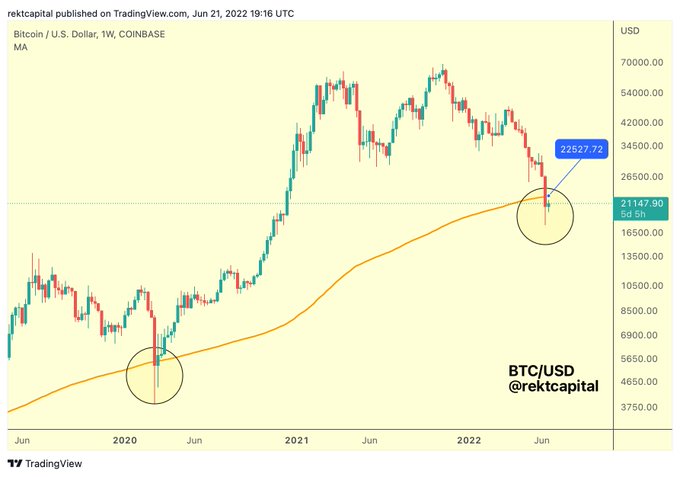 The 200-week MA reflects a long-term measure that shows four years of an asset’s price action. Previously, it acted as the last shield during BTC bear cycles.

Natalie Portman in a dangerous mini dress: The premiere of the film ‘Thor:Love and Thunder

What We Know About Geoffrey Paschel’s Kids