Warner Music Group Artists to Own NFT Page on OpenSea 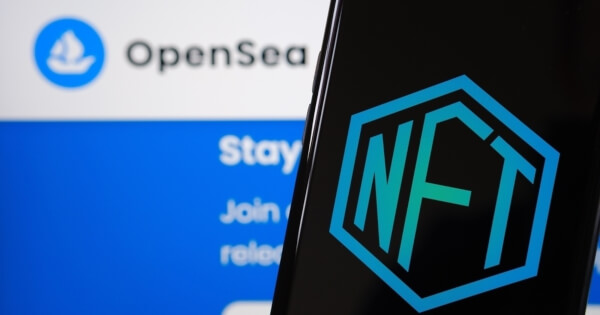 As part of the partnership, Warner Music Group musicians will have early access to OpenSea’s new NFT drop offering and will also have a dedicated page for limited-edition projects.

Shiva Rajaraman, Vice President of Product at OpenSea said that:

“For artists and musicians, NFTs represent a new creative medium and a mechanism to build community, engage directly with fans, and express themselves across borders and languages. As a massive music fan myself, I’m thrilled to work with a partner who understands the significance of this technology, and wants to use it for good – to empower artists to own their fan connections directly. We’re excited to provide the support and infrastructure to help welcome the Warner family of artists into the exciting NFT ecosystem.”

According to a press release issued by the company, the partnership with Splinterlands will enable WMG artists to create and develop unique, play-to-earn (P2E) arcade-style blockchain games.

In May, Swedish audio streaming and media service provider Spotify announced that it was testing a new feature that would allow artists to promote their NFTs on their profiles.

In August, OpenSea, the world’s biggest marketplace for trading NFT marketplace, updated its new policy governing the handling of stolen digital arts and general theft on its platform.

Hilaria posted another adorable family photo to Instagram on Thursday, the first one after...

The Perfect Timeline for Skin Treatments Before Your Wedding

If there’s one thing that’s certain when it comes to a wedding, it’s that all eyes are on the happy couple. We’ve...

It's not everyday that an entrepreneur of a budding company gets to pitch top investors right in the iconic Nasdaq MarketSite at Times Square.But...

How Al Roker Lost 45 Pounds in Just a Few Months

In a recent interview with Today, the infamous Al Roker shares two tricks he used to shed a solid 45 pounds in the...